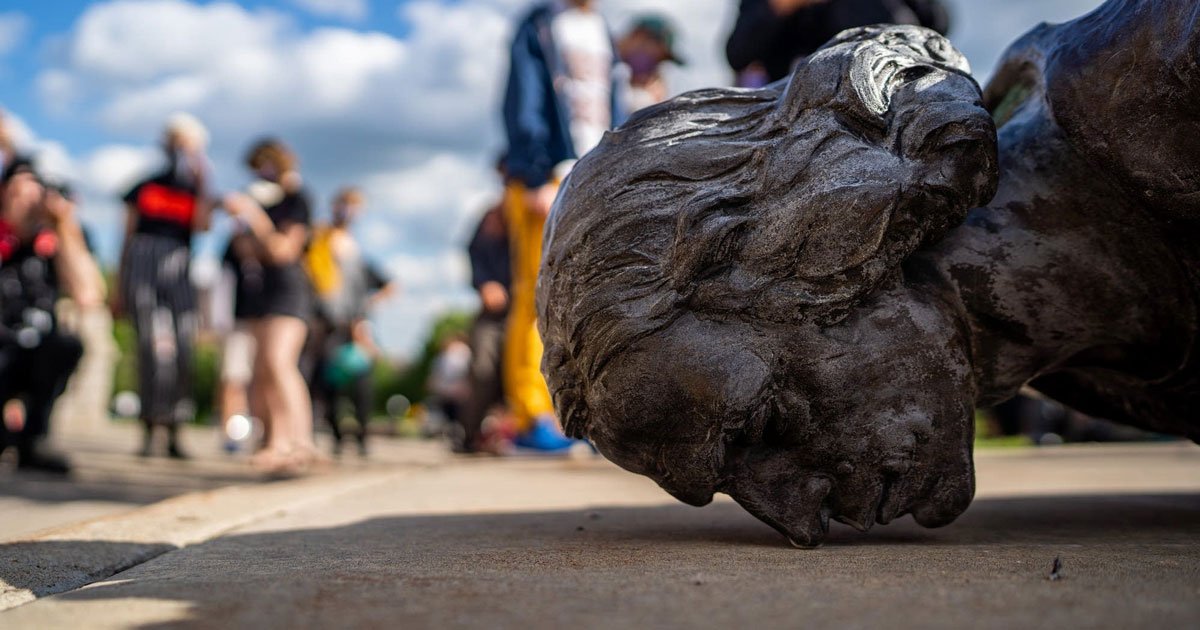 Christopher Columbus belongs to the Church, and any affront to him is directed at the Church, which has the duty to defend his memory.

“Columbus noster est!” “Christopher Columbus is ours!” These words of Leo XIII, in his encyclical Quarto Abeunte Saeculo, issued July 16, 1892, on the IV Centenary of the discovery of America, are like a distant echo to us, at a time when iconoclastic fury in the United States of America is destroying the figure of the Italian navigator.

Leo XIII states in this encyclical that Christopher Columbus’s venture: «is in itself the highest and grandest which any age has ever seen accomplished by man; and he who achieved it, for the greatness of his mind and heart, can be compared to but few in the history of humanity. By his toil another world emerged from the unsearched bosom of the ocean: hundreds of thousands of mortals have, from a state of blindness, been raised to the common level of the human race, reclaimed from savagery to gentleness and humanity; and, greatest of all, by the acquisition of those blessings of which Jesus Christ is the author, they have been recalled from destruction to eternal life. (…) For Columbus is ours; since if a little consideration be given to the particular reason of his design in exploring the mare tenebrosum, and also the manner in which he endeavored to execute the design, it is indubitable that the Catholic faith was the strongest motive for the inception and prosecution of the design; so that for this reason also the whole human race owes not a little to the Church. (…) This view and aim is known to have possessed his mind above all; namely, to open a way for the Gospel over new lands and seas. (…) Columbus certainly had joined to the study of nature the study of religion, and had trained his mind on the teachings that well up from the most intimate depths of the Catholic faith. For this reason, when he learned from the lessons of astronomy and the record of the ancients, that there were great tracts of land lying towards the West, beyond the limits of the known world, lands hitherto explored by no man, he saw in spirit a mighty multitude, cloaked in miserable darkness, given over to evil rites, and the superstitious worship of vain gods. Miserable it is to live in a barbarous state and with savage manners: but more miserable to lack the knowledge of that which is highest, and to dwell in ignorance of the one true God. Considering these things, therefore, in his mind, he sought first of all to extend the Christian name and the benefits of Christian charity to the West, as is abundantly proved by the history of the whole undertaking”».