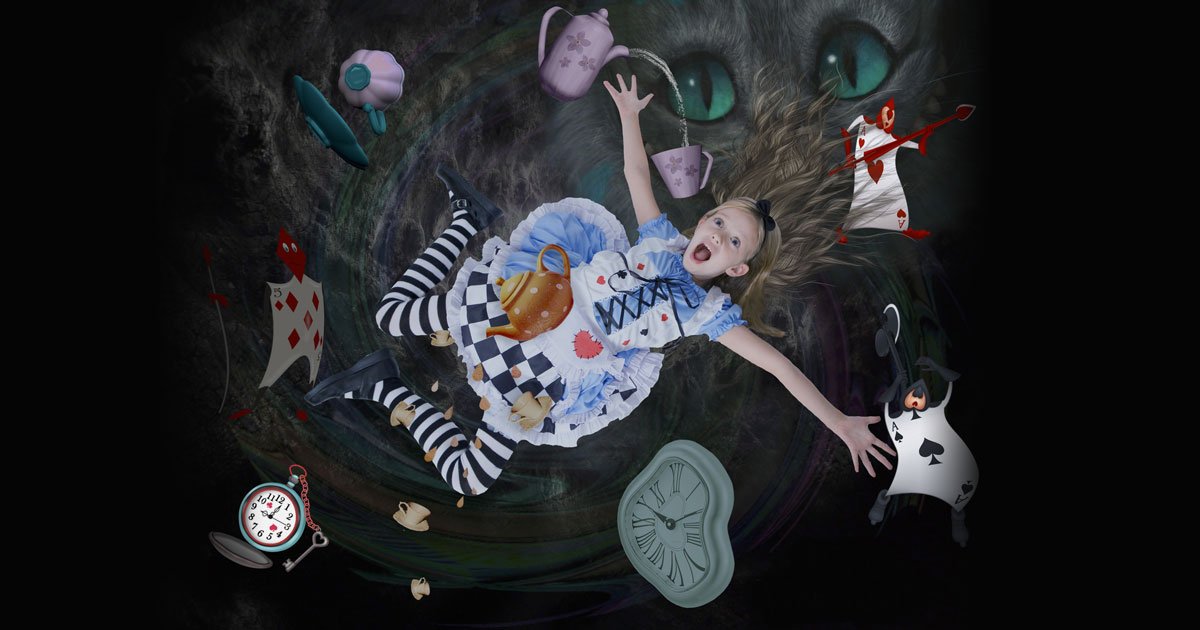 From Lewis Carroll’s Alice in Wonderland:

Worlds upside down seem to be rather commonplace these days. Alice’s world of Mad Hatters, Humpty Dumpty, and topsy turvy Tea Parties have become the norm. Meanwhile, the men who spot these forays into Wonderland are looked upon as the odd ones.

Examples are too numerous to count. Defending men as men and women as women is now indictable hate speech. Coming to the defense of natural things like husbands ands wives bearing children is looked upon as atavism. Priests redefining “disordered sexual desires” as merely “differently ordered” have become a new orthodoxy winning kudos from many bishops and earning them honored places in the pantheon of a Brave New Theological World. Excellence as a fundamental human aspiration has been outlawed as a term of oppression. Critical Race Theory is now going so far as to say that Mathematics is a source of white supremacy. This nonrational blather mushrooms daily, and sanity is reaching the point of disappearance. Humpty Dumpty would blush.

Creating Wonderlands will always be a human temptation. As Eliot wrote in The Four Quartets, “Humankind/cannot bear/too much reality.” It is easier to create worlds within worlds out of the whole cloth of our ideas than to live in the sometime unsettling world of the real. The Gnostics reveled in the concoction of imagined worlds that only a chosen illuminati would have access to. It became the first mortal threat to the infant Catholic Church in the first century, precipitating St. John to write his Gospel. In the first majestic lines he insists, “In the beginning was the Word.” He was commanding attention to the Truth who is the Word made Flesh, to which man must prostrate.

This calls to mind St. Thomas, who teaches us that the only purpose of the intellect is to know the real which carries us to the Real. Before that divinely sculpted truth, Wonderlands tumble into nonsense. But fallen man will persist in trying. For the Serpent’s temptation “Ye shall be as gods” will always enjoy an irresistible attraction. Our times are a time of unparalleled Gnostic ascendancy. Never have men been so willing to dwell in a world of Humpty Dumptys and Mad Hatters as they are today. Proof is found in the sheer fear of normal folks to speak truths of ordinary common sense. Chesterton was prescient when he wrote in Heretics:

The great march of destruction will go on. Everything will be denied. Everything will become a creed. It is a reasonable position to deny the stones in the street; It will be a religious dogma to assert them. It is a rational thesis that we are all in a dream; It will be a mystical sanity to say that we are all awake. Fires will be kindled to testify that two and two make four. Swords will be drawn to prove that leaves are green in summer.

Quite chilling. Yet, so very true. One does not have to be a Catholic to be alarmed at the insatiable appetite for Wonderland. Take Orwell, for instance. He saw modern man’s descent into Gnosticism when he wrote, “We have now sunk to a depth at which the re-statement of the obvious is the first duty of intelligent men.”

Flannery O’Connor saw her work as a novelist a Catholic vocation calling men back to their senses. She beckoned them to abandon the comforting confines of their Wonderlands by the shocking use of grotesque violence. She explains, “I have found that violence is strangely capable of returning my characters to reality and preparing them to accept their moment of grace. Their heads are so hard that almost nothing else will do the work.”

As grim as this cultural Gnosticism is, the circumstance is even grimmer when it seeps into the sacred precincts of the Catholic Church. The ancient adage applies: corruptio optimi pessima “the corruption of the best is the worst of all.” The past half-century has demonstrated this, with its bizarre theological speculation and liturgical surrealism.

Almost every Catholic university and college (with few exceptions), to say nothing of learned theological societies (calling them “learned” strains credulity), has become a petri dish of Gnostic whimsy. Enter most Catholic collegiate classrooms or the annual symposia of the Catholic Theological Society of America, and it seems as though you have landed in the Mad Hatter’s Tea party. Language is twisted, ideas are psychedelic, and fidelity to Church teaching is the only proscribed thought.

After the pontificates of St. John Paul II and Benedict XVI, Catholics believed that the bitter years of Newspeak and Wonderland had abated, and sanity was on the horizon. No such respite. Theological Wonderland has returned with a vengeance from the lips of the hierarchal upper crust. The past seven years has reached shocking new depths, but all of them seem to have been surpassed by a new species called Synodality.

Before Church historians crouch to their attack mode, let us assure them that any Catholic is aware of the venerable institution of local Councils in the ancient Church (infrequently called synods). Each one of these enjoyed a noble purpose: to clarify Church discipline or teaching and to refute heresy.

The present Synodality fever bears no such pedigree. For proof, merely look at Synodality in the German Catholic Church. Even third graders recognize that the German Church is in full meltdown before our very eyes, unmoored from any of the Church’s millennial magisterial teaching. Yet this same pseudo-Catholic energy is on full display in the Holy See’s promulgation of a Preparatory Document and companion Enchiridion. Read them at your own risk. In the words of Matthew Cullinan Hoffman, both documents “serve up a mix of group-therapeutic catchphrases and ideological chic.” This is a Gnosticism that would make Marcion envious.