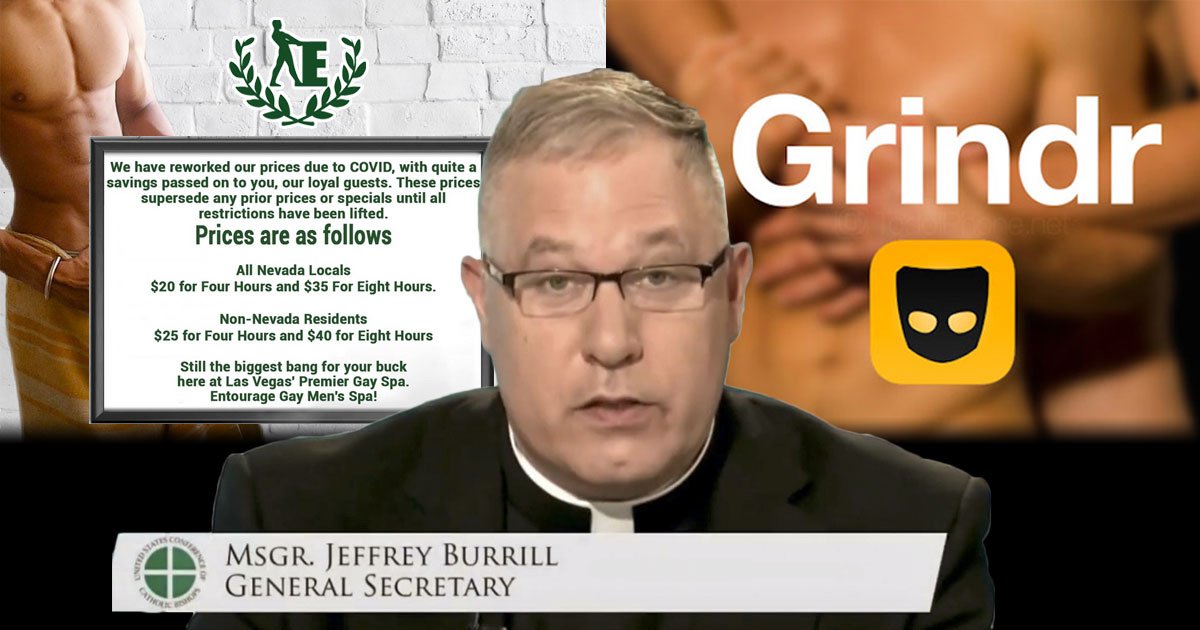 Monsignor Jeffrey Burrill, former general secretary of the U.S. bishops’ conference, announced his resignation Tuesday, after The Pillar found evidence the priest engaged in serial sexual misconduct, while he held a critical oversight role in the Catholic Church’s response to the recent spate of sexual abuse and misconduct scandals.

An analysis of app data signals correlated to Burrill’s mobile device shows the priest visited gay bars and private residences while using a location-based hookup app in numerous cities from 2018 to 2020, even while traveling on assignment for the U.S. bishops’ conference.

According to commercially available records of app signal data obtained by The Pillar, a mobile device correlated to Burrill emitted app data signals from the location-based hookup app Grindr on a near-daily basis during parts of 2018, 2019, and 2020 — at both his USCCB office and his USCCB-owned residence, as well as during USCCB meetings and events in other cities.