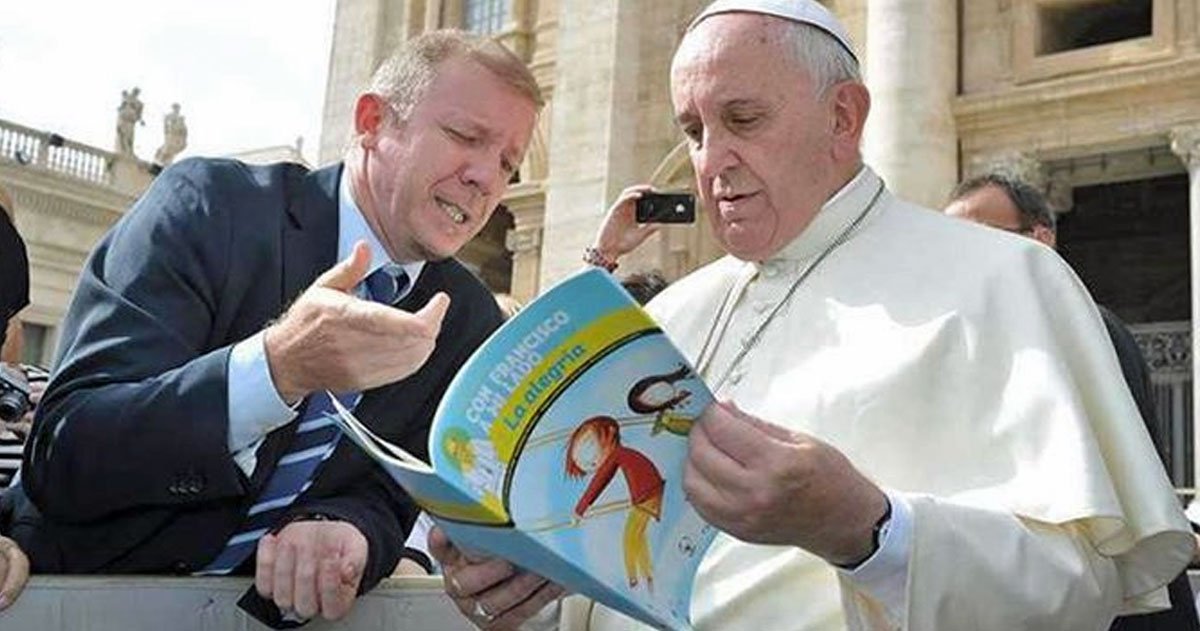 The Scholas Occurrentes Pontifical Foundation, which states that its goal is to create a new vision for the education of children around the world, is not only using Pope Francis’ support to fundraise around the world, but also to disseminate material on gender ideology to children in at least a dozen countries in Latin America.

Since 2015, sporting the Scholas Occurrentes emblem, the collection of books “Con Francisco a mi lado” (“With Francis by my Side”) has been published in association with secular newspapers in Argentina, Mexico, Spain, Colombia, Ecuador, Guatemala, El Salvador, Peru, Nicaragua, and Bolivia. The collection, nevertheless, includes material that is not only in contradiction with Catholic teaching on identity and human sexuality, but specifically against the teachings of Pope Francis regarding “gender theory.”

Among the pages of the collection is “I am a dog!”, a book aimed at children which narrates the story of a “short, courageous white kitten” who sought to be publicly recognized as a dog.

At the end of the children’s story, the cat gets the dogs to recognize him as one of them thanks to the arguments made in the kitten’s favor by a donkey that identifies as a horse.