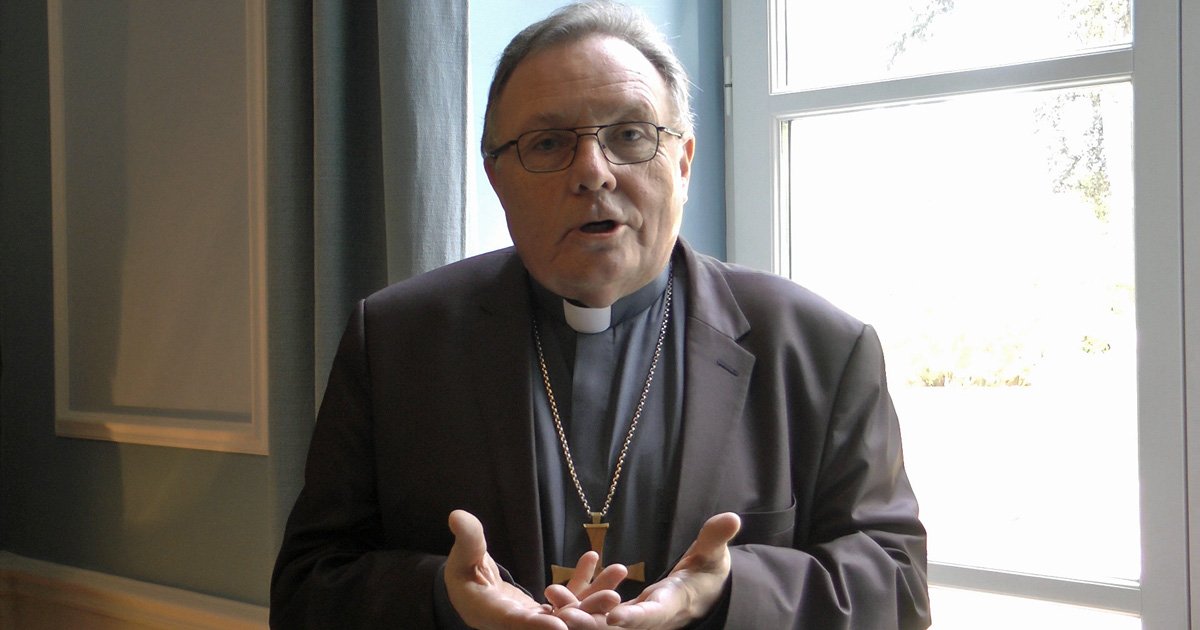 Image if all Bishops had the same courage to defend our rights.

On May 11, 2007 I was appointed Bishop of Montauban and since my consecration on September 2, 2007, I have endeavored to fulfil my mission with dedication and concern for the common good. This mission is coming to an end as the canonical age of retirement approaches.

The weeks that we have just lived have been an ordeal that for some has led to death and for others to a struggle with illness. Many have suffered from such rigorous protective measures that their mental health has been more shaken than their physical health.

I think of all the elderly who were not affected by this virus. Of course, they had to be protected from it, but was it necessary to cut them off from their natural ties to the point where grandparents were forbidden to see their grandchildren?

If consistent preventive measures had been taken and if the necessary tools (such as masks) had been handed out from the outset, family tragedies would have been avoided. We are also well aware that some of these people even died. Among younger people, suicides were caused by accumulated tension. An honest assessment of these realities will have to be made.

But these facts do not detract from the work done by the health care workers, the lives given in the service of others, the efforts made by many anonymous people in the desire to fight the Covid19.

The Catholic Church has not failed to be present on the most exposed fronts and in its permanent service of charity, especially with populations in difficulty such as migrants. She has also accepted the draconian measures which have not allowed us to live the great moments of our Christian faith: from Palm Sunday to Easter Sunday, Holy Week, the heart and foundation of faith in Christ dead and risen. We have accepted this despite the immense renunciation that our faithful must have experienced.

Their suffering has been modestly alleviated by broadcasts and all audio-visual techniques. The fact remains that our faith is not nourished by these means: The Catholic faith is nourished by the real presence of Jesus Christ. The Church is realized unceasingly through the sacrifice of the Mass, where Christ’s unique sacrifice on the cross is actualized.

Holy Mass introduces us to him, makes him present and makes us participate in what is the “banquet of the Lord”: we really take our place at his table. It is not just a time of prayer or even a simple listening to the Word of God, still less a fraternal gathering. We can do without all this, but we cannot do without the Eucharist as we need the other sacraments. The Mass is the life of the Catholic Church. Even though we are united to Christ in many ways we live it through the Eucharist.

At a time when a very large number of activities are resuming, when we can find ourselves next to each other on an airplane, in supermarkets, or in outdoor activities such as racetracks, a part of the citizens who are [theoretically] free to practice their religion by participating in Mass are prevented from doing so under the pretext of a pandemic whose numbers are declining.

The numbers speak for themselves. Moreover, most of our churches are very large and we have all the means to comply with health measures. Our freedom is at stake and it is being seriously undermined. I have heard from many people who are suffering and I am speaking on their behalf.

I am a bishop in a place where, one day in August 1942, Bishop Pierre-Marie THEAS dared almost alone to denounce the attacks on the freedom and dignity of French citizens. We are not at this ignominy.

But I denounce the violation of the rights of the Catholic faithful to participate freely in the Mass, I denounce the rejection that is made of this right. Civil law, whose legal obligation in this matter remains to be proven, cannot be imposed on my conscience as a pastor when it prevents me from fulfilling my duty. I am a priest and bishop to give Christ to the faithful who need him. This is my mission and I want to share it with them.

The Catholic Church has always recalled the right of the human person to practice his religion. Preventing the exercise of this right is an infringement of fundamental human rights that could lead to other abuses.

This letter is an appeal to the conscience of the Catholics of the Diocese of Montauban which is dear to me and of which I have been the pastor for thirteen years. Knowing that you can live your faith freely will be a strong pastoral joy for me because, even in times of great epidemics, the Church with precautions has always offered to the People of God the presence of the Saviour through public worship.

I entrust to the Blessed Virgin Mary, honoured in the Cathedral of Montauban under the name of Our Lady of the Assumption, the Diocese and all its inhabitants. May she watch over us and keep us under her protection.

Letter of Bischof Bernard Ginoux to the Diocese of Montauban, May 11, 2020