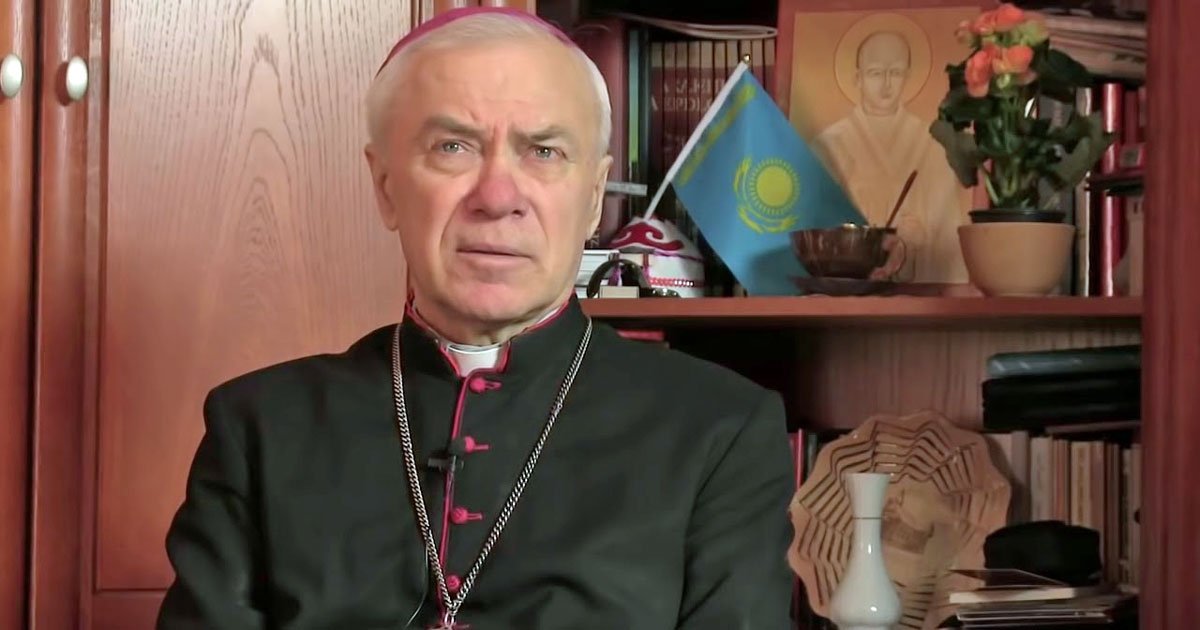 A retired archbishop who accused Pope Francis of heresy has been ordered to cease celebrating Mass in public.

Archbishop Jan Paweł Lenga, the 69-year-old former Archbishop of Karaganda in Kazakhstan, has also been forbidden to preach at Masses or speak to the media.

The sanctions were imposed by the Diocese of Włocławek in central Poland, where the archbishop retired after serving in Kazakhstan.

In response to the request from his superior that he no longer make public appearances, Archbishop Lenga responded by essentially saying “NUTS!”

Christ gave me authority through the church to proclaim the truth, and I’ll do so as long as I live. I won’t yield to degradation by those whose own statements and actions are entangled with heresy and sectarianism. What right do they have to recall what pertains to the church when they themselves have never upheld it?