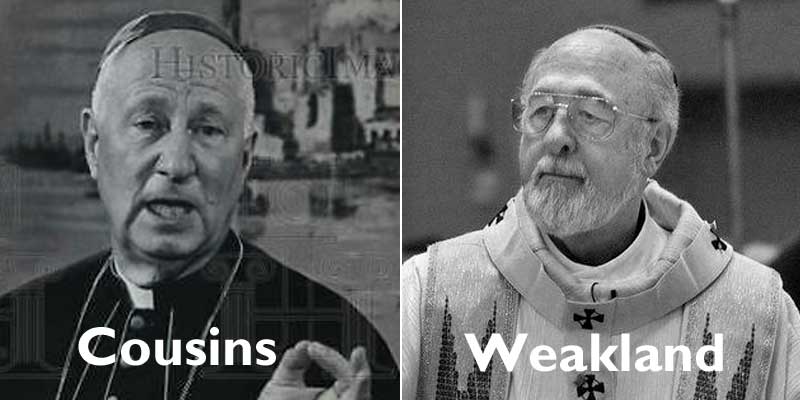 The Archdiocese of Milwaukee announced Tuesday that it will remove from archdiocesan buildings the names of two former archbishops who were found to have reassigned priests accused of sexual abuse.

“As a sign of repentance, and because of the pain caused to abuse survivors and their families with regard to handling the sexual abuse allegations, I will change the name of the Archbishop Catholic Cousins Center,” Archbishop Jerome Listecki said.

The letters on the sign for the Cousins Center – which received that name in 1983 – were removed Tuesday afternoon. The archdiocese said a new name will be announced Friday.

In addition, the Weakland Center, named for Archbishop Rembert Weakland, will be renamed. Located in downtown Milwaukee, the center holds parish offices.

Archbishop William Cousins led the Archdiocese of Milwaukee from 1958 to 1977.

Weakland served as archbishop from 1977 to 2002. His resignation at the age of 75 came amid revelations that he had paid $450,000 to silence an adult male seminarian with whom he had a sexual relationship.

Both bishops failed to remove priests who had been accused, in some cases by dozens of people, of sexual abuse, archdiocesan documents have found.