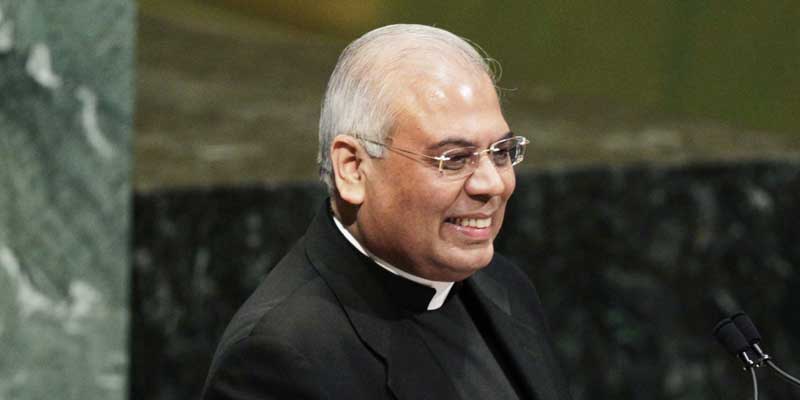 An archbishop who served as the Holy See’s permanent observer to the United Nations is accused of financial and professional misconduct, including the use of Vatican staff and influence to assist and support financially a woman with whom he is alledged to have had a romantic relationship.

Sources say that although Vatican officials were informed of the man’s conduct, he was quietly reassigned to a new diplomatic post without facing sanctions.

Archbishop Francis Chullikatt, 65, now apostolic nuncio to Kazakhstan, Tajikistan, and Kyrgyzstan, is alleged to have maintained an inappropriate romantic relationship with a woman during his time as the Holy See’s permanent observer to the United Nations in New York, a post he held from July 2010 until June 2014.