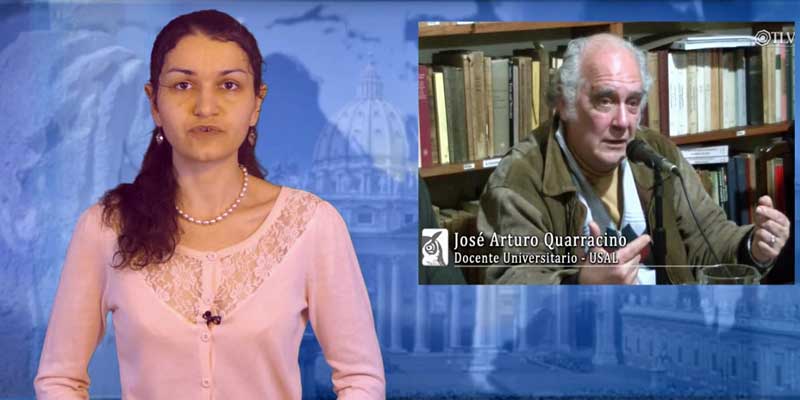 The McCarrick case has exploded in Pope Francis’ hands and into his face as Francis did not take the case seriously, the Argentinean author José Arturo Quarracino writes in an article published on Spanish Gloria.tv. Quarracino is a nephew of late Buenos Aires Cardinal Antonio Quarracino to whom Pope Francis owes his career. An already disabled Quarracino went personally in a wheelchair to Pope John Paul II in order to convince him that Bergoglio should succeed as Buenos Aires archbishop. There was a strong opposition against Bergoglio in the Roman Curia. The nephew is more critical of Bergoglio than his uncle.

Quarracino comments that Pope Francis, on one hand, organized a big show trial against Cardinal McCarrick but at the same time green-lighted McCarricks “predatory policy” by naming his former auxiliary bishop, Cardinal Farrell as the new Camerlengo. Quarracino calls this a typical – quote – “bipolar” maneuver of Jorge Mario Bergoglio, as he condemned a totally reprehensible action, and at the same time promoted characters that are in line with the condemned action.

For Quarracino, the inversion of the old pastoral principle according to which “the Church condemns sin, but not the sinner” is striking. He notices that there has not been the slightest mercy for Cardinal McCarrick. Quote, “He was thrown on the street at a very advanced age.” Quarracino suggests that McCarrick could have been asked to live a life of prayer and penance as it has been done in similar cases. But – quote: “It seems that when there is a danger of tarnishing the papal cassock, there is no mercy.”

According to Quarracino, now an Argentinean McCarrick case is unfolding. Prosecutors have started looking into the case of the former bishop of Oran, Gustavo Zanchetta, a friend and protégé of Pope Francis who is accused of homosexual abuses. Quarracino notices that Francis inherited the McCarrick case, although he later covered it up. Quote, “But Zanchetta is a ‘creation’ of Francis himself” and he was one of Francis’ first episcopal appointments.