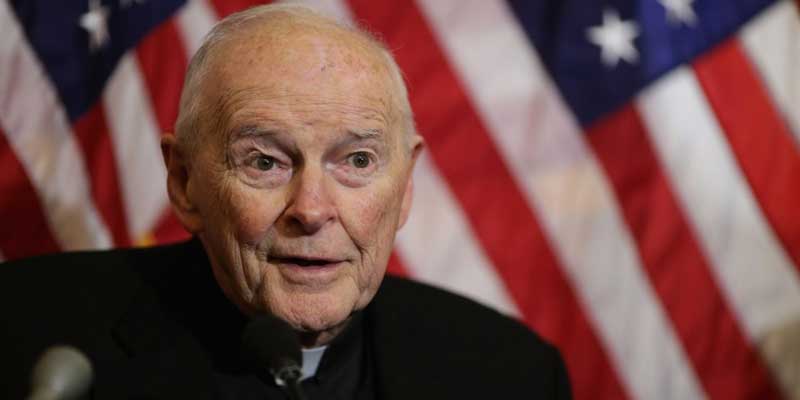 This summit has been assailed as a phony sideshow by homosexual clerics attempting to hide their own homosexual network, chief of which had been Theodore McCarrick, who the network protected for decades and in many ways is the entire reason for this meeting.

But there now appears to be much more to this story than just the homosexual angle, as large as that still looms.

Beyond his horrendous evil of homosexual predation for decades, Church Militant has learned exclusively that McCarrick may also have been clandestinely trained by Soviet Communists here in Europe during his younger years, making him effectively a Communist plant in the heart of the Church.

Through a back channel, Church Militant has obtained information from former Communist personnel who were instrumental in setting up a secret network of indoctrination and training centers throughout Europe in the aftermath of World War II, and their information directly implicates the involvement of Theodore McCarrick.

A little history to set the stage first: When Stalin gained control of the former Soviet Union in the early 1920s, he set about plans to cripple the influence of the Catholic Church in the West, if not completely destroy the Church — all part of communism’s plan for world domination and warned about by Our Lady in Fatima in 1917.

A key component of the plans involved infiltrating seminaries with young men who would work to undermine the Church’s teaching in the area of morality.