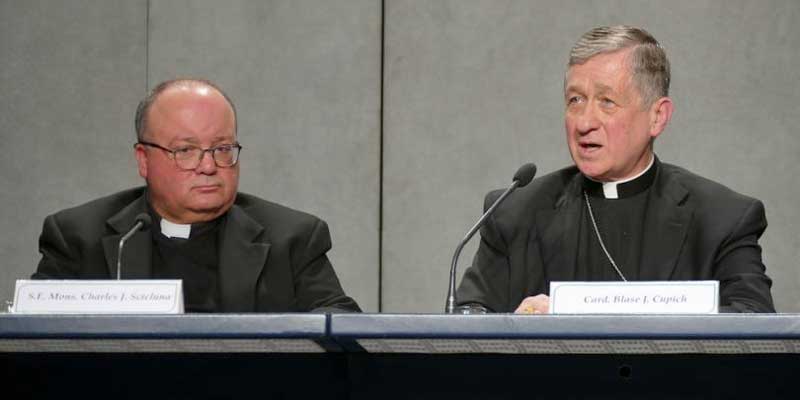 Cardinal Blase Cupich of Chicago, one of only two cardinals on the organizing committee for the upcoming Vatican abuse summit, was repeatedly pressed by journalists at today’s press conference in Vatican City on the role of homosexuality and of a homosexual subculture in the clerical abuse crisis.

Faced with the comments of Cardinal Müller that “more than 80 percent of the victims of these sexual offenders are teenagers of the male sex” — put to him at the presser by LifeSiteNews — Cardinal Cupich was unable to deny this fact. But he denied any causal connection, while providing no explanation for the overwhelming disparity.

Famously, the now-debunked Kinsey Report vastly overestimated the percentage of the population who are homosexually inclined as up to 10 percent. According to Gallup, in 2018 a record 4.5 percent of US adults identified as “LGBT.” And yet 80 percent of clerical sexual abuse is male on male.

Of course, in the context of seminary, opportunities for abuse of power in this regard will entirely focus on persons of the same sex but seminarians were mysteriously dropped from the ambit of the summit.

At today’s press conference, Edward Pentin of the National Catholic Register said: “It was often said during the Synod on Youth that the abuse of seminarians and vulnerable adults would be addressed at this meeting, partly because of the McCarrick scandal. When this meeting was initially announced, it was to be about the protection of minors and vulnerable adults, but now it seems to be about the protection of minors only.”

“Will this meeting include abuse of vulnerable adults and seminarians in particular?” Pentin asked.

Archbishop Scicluna ingeniously argued that the question would be dealt with by not being dealt with: that through concentrating on minors, the participants would learn valuable lessons despite never dealing with the question of seminarians and other vulnerable adults. Cardinal Cupich seconded Archbishop Scicluna and said that they needed to concentrate on minors because minors don’t have a voice.

TAKE ACTION:  Tell Cardinal Cupich the Abuse Summit Must Include ALL Forms of Sexual Abuse