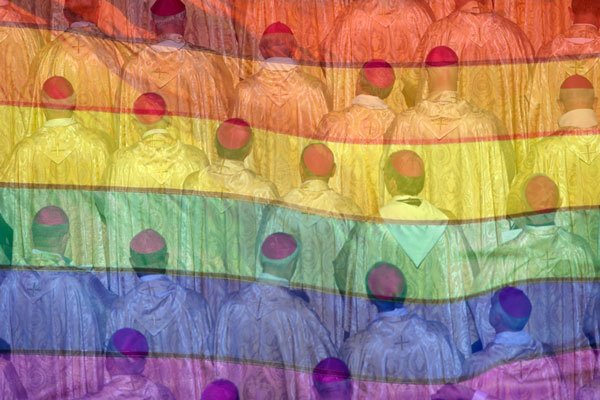 “Evil” homosexual bishops set out to “punish, humiliate and blackmail” decent, God-fearing priests if these threaten to blow the whistle on the gay “mafia” within the Roman Catholic church, says a parish priest.

In the bulletin and on the website of the Epiphany of Our Lord Roman Catholic Church, Father Edwin Palka does not mince words about the terrible extent of the damage done by what he calls the gay “Lavender Mafia” within the church. His writing offers light on why the sexual abuse crisis within the U.S. church has continued to rage unabated for decades.

“Many people still don’t (I believe most priests still don’t) understand just how evil the active homosexual or homosexual activist … priests and bishops are,” writes the pastor of that Tampa, Florida parish.

“Not understanding the extent of their depravity and wrongly thinking that they are simply ‘normal’ men who just struggle with their sexual desires and sometimes might fail to remain chaste but are really, truly repentant when it happens and strive to ‘confess my sins, do penance and amend my life, amen’, they cannot possibly grasp the hellish depths to which … [homosexual activist] … clergy will go to persecute, lambaste, punish, humiliate and blackmail anyone who stands in their way or threatens their way of life,” writes Palka.

Estimates of the number of priests who are homosexual vary widely. In one article, an associate professor of religious studies at John Carroll University warned as far back as 16 years ago that studies suggested the percentage of Catholic priests who were homosexual could be as high as 50 per cent. That’s roughly 16 times more the percentage of gay men in the general population.