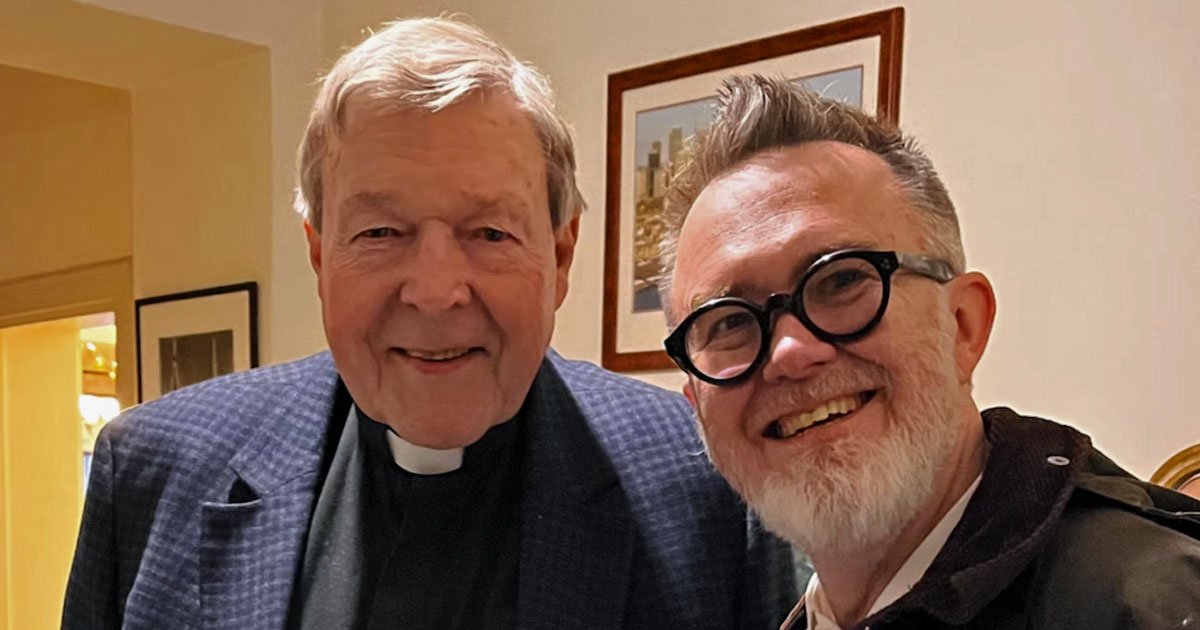 It was a deep shock last night to get the news late that Cardinal George Pell had died. Only three weeks ago I was at his apartment, having lunch with him. It’s a cliche, I suppose, to say that he was a gentle giant, but it’s also true. I had not imagined that he was as tall and as broad-shouldered as he was. Even at 81, and moving slowly, Cardinal Pell was a formidable physical presence. But so kind! It was an honor to be in his presence. We didn’t have any deep discussions, but we did quibble in a friendly way about the Benedict Option, which he didn’t care for. I tried to explain to him that it’s not a “head for the hills” counsel, and I think he got that. His problem was that it seemed too pessimistic to him. I think it’s realistic. Our disagreement was friendly, though.

When I posted that photo above to Twitter three weeks ago, I was shocked and disgusted by the swarm of vicious people calling Pell a “pedophile.” The cardinal was tried and convicted in Australia of sexually abuse of a minor decades ago. The charges were scandalously thin. Eventually Australian’s high court exonerated Pell, and released him from the prison where he had been kept in solitary confinement for over a year, not even allowed to celebrate Mass alone. As much as I loathe sex abusers, I did not credit these allegations against Pell. The crime is so unspeakable that we have to be extremely careful about levying it — and the allegations against the cardinal dating back to the early 1990s were preposterous. In fact, I had long believed that Pell was framed to get him out of the way by his enemies in Rome. Pope Francis had appointed Pell to lead the investigation into the Vatican Bank. Pell was a bulldog, and scrupulously honest — and that is a dangerous combination in the Roman Curia.