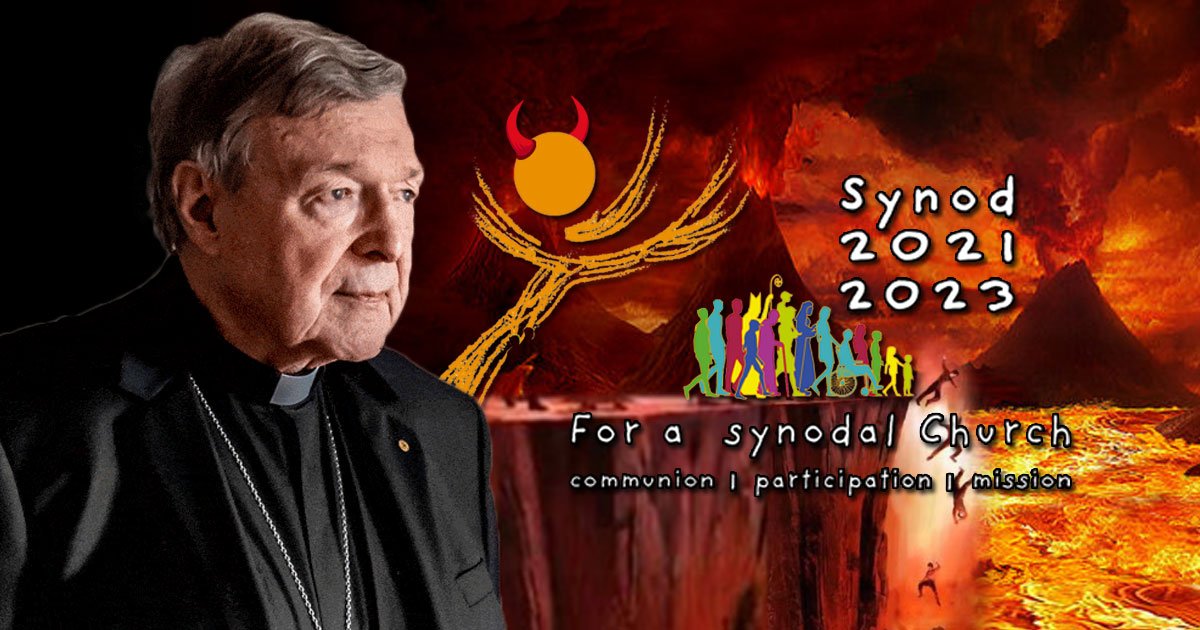 Shortly before he died on Tuesday, Cardinal George Pell wrote the following article for The Spectator in which he denounced the Vatican’s plans for its forthcoming ‘Synod on Synodality’ as a ‘toxic nightmare’. The booklet produced by the Synod, to be held in two sessions this year and next year, is ‘one of the most incoherent documents ever sent out from Rome’, says Pell. Not only is it ‘couched in neo-Marxist jargon’, but it is ‘hostile to the apostolic tradition’ and ignores such fundamental Christian tenets as belief in divine judgment, heaven and hell.

The Australian-born cardinal, who endured the terrible ordeal of imprisonment in his home country on fake charges of sex abuse before being acquitted, was nothing if not courageous. He did not know that he was about to die when he wrote this piece; he was prepared to face the fury of Pope Francis and the organisers when it was published. As it is, his sudden death may add extra force to his words when the synod meets this October.

The Catholic Synod of Bishops is now busy constructing what they think of as ‘God’s dream’ of synodality. Unfortunately this divine dream has developed into a toxic nightmare despite the bishops’ professed good intentions.

They have produced a 45-page booklet which presents its account of the discussions of the first stage of ‘listening and discernment’, held in many parts of the world, and it is one of the most incoherent documents ever sent out from Rome.

While we thank God that Catholic numbers around the globe, especially in Africa and Asia are increasing, the picture is radically different in Latin America with losses to the Protestants as well as the secularists.

With no sense of irony, the document is entitled ‘Enlarge the Space of Your Tent’, and the aim of doing so is to accommodate, not the newly baptised —those who have answered the call to repent and believe — but anyone who might be interested enough to listen. Participants are urged to be welcoming and radically inclusive: ‘No one is excluded’.

Continue reading at The Spectator