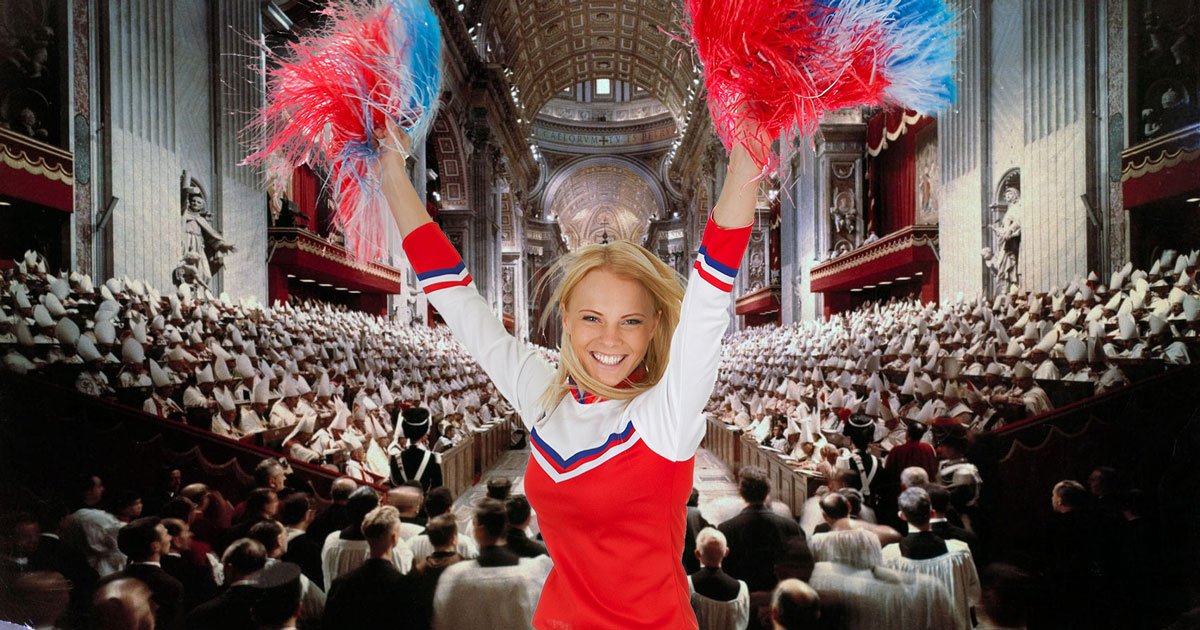 On October 4th, Basic Books released George Weigel’s latest work, To Sanctify the World: The Vital Legacy of Vatican II. It left much of the Catholic world slightly confused, except for that dwindling minority still starstruck by Vatican II’s promise of a “new Pentecost.” Far be it for any faithful Catholic to call into question its legitimacy or validity.

With that full disclosure out of the way, isn’t it possible—after sixty years—to ask some quite relevant questions about its expediency or its design? It seems Mr. Weigel is of a generation that accepted uncritically the weltanschauung of a mid-20th century European Catholic elite still swooning over Roncalli’s mirage of aggiornamento.
Advertisement – Continue Reading Below

Call to mind that it was entirely of a piece with that dizzying headiness of going to the moon, supercomputers, and the Age of Aquarius. A time of the intoxications of Teilhard de Chardin and his beloved Noosphere, Rahner and his Anonymous Christian, and Hans Urs von Balthasar’s apokatastasis. And even more: Sr. Corita Kent’s “damn everything but the circus,” Harvey Cox’s Secular City, Rogerian Self-actualized Man, and, who can forget the new frontiers of John Robinson’s Honest to God. Ah, they were times that left men dreaming dreams. And every one of them became a nightmare.

Out of this fanciful period was Vatican II convened. Sadly, it allowed its antinomian exuberance of the age to fall like magical dust on more than a few of the Council’s principal architects. When Pope John XXIII announced his intention to summon the Council, Cardinal Heenan of London warned, “This is tempting the Holy Ghost!” Why such a monition from an otherwise prim and circumspect British Prince of the Church?

Councils were only convened to confront great crises threatening the Church. Where was the crisis compelling this one? No Catholic could see one, but an elite illuminati did.