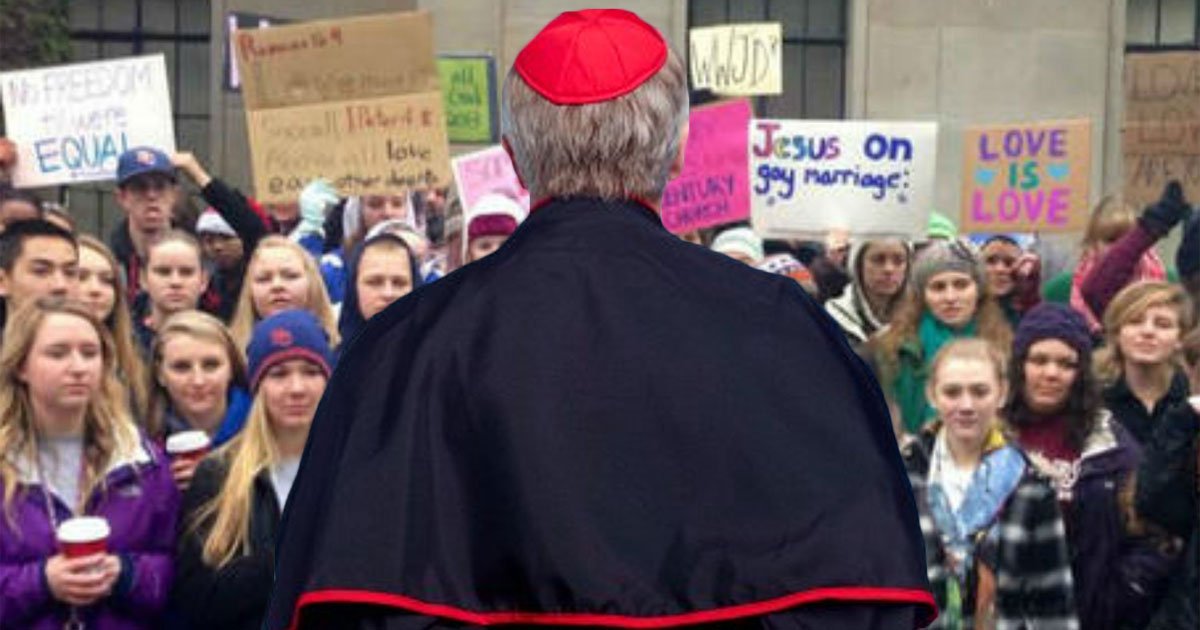 How many Catholic schools are really just public schools with a Mass requirement attached, plus an elective or two of theology? Many schools feature lots of Catholic talk on the website, but when it comes to the actual books assigned and knowledge tested, Catholicism pretty much disappears. English, history, civics, arts, math, and science courses look no different from the classes at the suburban county schools down the road. This is a sorry situation, and Catholic bishops, lay administrators, and educators are ultimately responsible for it.

The copycat approach was clear when Catholic dioceses adopted the Common Core State Standards (CCSS) a decade ago. It was a remarkable step for the leadership to take, an act of submission to the ways of the 21st-century world and to non-Catholic experts. I worked on Common Core and remember the extraordinary push to get states and private institutions on board. Supporters claimed that this was The Next Big Thing, and offered money in exchange for participation. National Catholic Education Association (NCEA) received a $100,000 grant from the Bill and Melinda Gates Foundation in 2013 to promote Common Core, and the Obama administration made adoption of it a condition for receiving Race for the Top funds.

Catholic leaders chose the Common Core for an additional reason, though: to avoid appearing behind the times, out of touch, and ill-adapted. Education is a field of trends and fashions—“cultural relevance” one year, “social emotional learning” the next year, CRT the next. And school leaders of all kinds are supposed to keep up. Nobody wants a reputation of benightedness, not ed school professors and not Catholic diocese superintendents. When Catholic scholars and critics of Common Core objected to the decision to use the standards, U.S. bishops responded by appealing to relevance—specifically, to timely coordination with the rest of the education system:

Catholic schools must take into consideration the horizon of the local, state and national education landscape and the influence and application of the CCSS. To ignore this would place our students at a significant disadvantage for their post-secondary education . . . the SAT and ACT assessments, as well as other standardized tests, will be geared to the CCSS.

TAKE ACTION: Look at what’s happening in the small but fast-growing network of Catholic schools enacting a vision of classical liberal education.