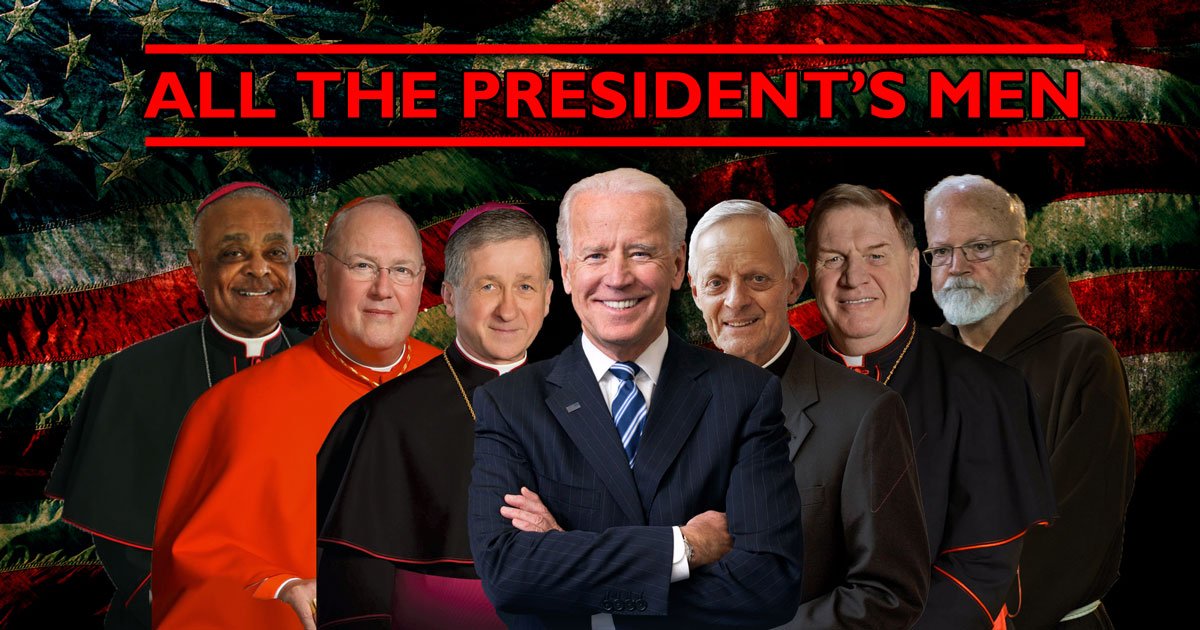 George Neumayr, senior editor, American Spectator: “He rose to the presidency not in spite of the bishops but because of them. … Joe Biden is a monster of their own making.”

Sexually perverted, anti-Catholic prelates Cdl. John Dearden and Cdl. Joseph Bernardin cleared the way for the USCCB to travel the wide road that leads to perdition.

In 1966, Dearden was the first president of the newly formed National Conference of Catholic Bishops, and Bernardin was its first general secretary. The national conference was consolidated with the U.S. Catholic Conference in 2001 to make the USCCB.

Since its inception, the bishops’ conference was soft, almost silent, on contraception and abortion, paving the way for softness on other moral evils, while embracing politically Left agendas like climate change. This downplaying of actual moral evils in favor of imaginary ones has aligned the bishops more with Democrats than with the Bride of Christ.