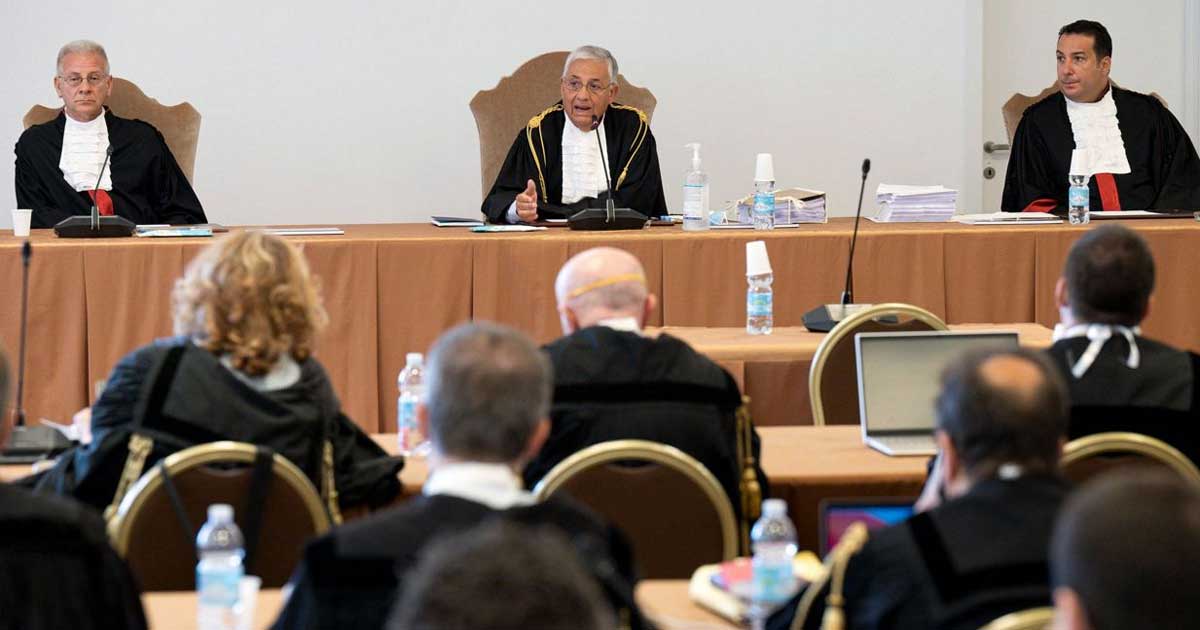 The Vatican’s big fraud and embezzlement trial, which opened to great fanfare in July, suffered another delay Tuesday as the tribunal postponed any further decisions until prosecutors finish redoing their investigation of four of the original 10 defendants.

The delay means the trial, which had already been proceeding at a snail’s pace even by Italian standards, won’t get off the ground until mid-February at the earliest. Tribunal president Giuseppe Pignatone said that by then he could “finally, hopefully” unify the two branches of the trial and start in earnest.

“We’re in an open construction site,” Pignatone said of the current status. “The key thing is that the trial needs more time before it can open for real.”

After two years of investigation, Vatican prosecutors in July charged 10 people — including a once-powerful cardinal — with a host of financial crimes related to the Holy See’s 350 million-euro investment in a London residential property.

Prosecutors allege some Vatican officials and Italian brokers fleeced the Holy See of millions of euros in fees and commissions, much of it donations from the faithful. They have charged one broker with then extorting the Vatican out of 15 million euros to get full control of the building. The defendants have denied any wrongdoing.

Pope Francis’ own role in the deal has come under scrutiny since several witnesses have said he approved negotiating an exit deal with the broker accused of extortion.