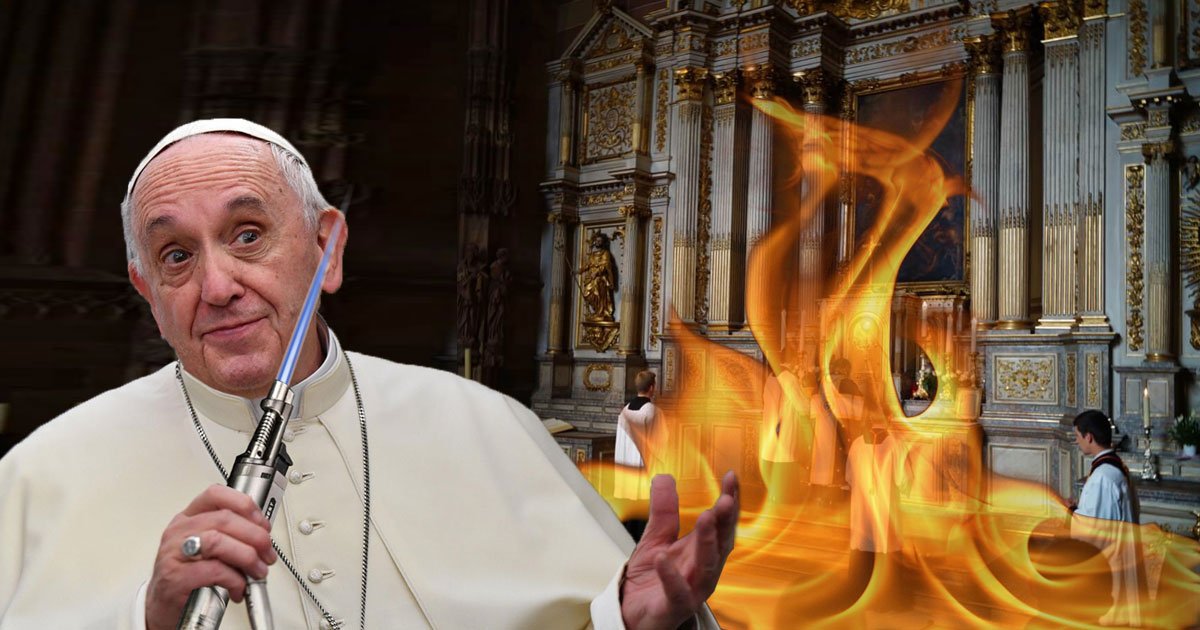 It is indeed reassuring to know that Francis will—in fact and on occasion—answer certain dubia raised by his bishops, even if we’re still waiting for an answer to those raised by Raymond Cardinal Burke et al some 5 years ago regarding Amoris Laetitia and the pope’s decision to authorize unrepentant public adulterers to receive the Sacraments.

These days the pope’s got more important things to think about, which is evidently why he swiftly answered the dubia of bishops wanting clarity on when and just how fast the Church of Accompaniment is to abandon millions of Traditional Catholics around the world who adhere to the Traditional Mass and Sacraments.

Those dubia have been most efficiently and expertly addressed by the 85-year-old Pontiff a day after his birthday and a week before Christmas. In a nutshell, the Pope of Mercy has officially proclaimed that it is time for the Traditional Catholics of the world to, well, go to hell.

Pope Francis’s March to the Sea soldiers on, but not against abortion, apostasy, or gay ‘marriage’. No, nothing like that. But against the Sacraments of the Catholic Faith, instituted by Christ Himself to give grace.

No matter what religion you are, you would do well to pay attention to this because it has everything to do with tyranny and injustice for all. The Chaplain of the New World Order is old, he’s angry, and he’s hell bent on helping his globalist friends demolish the last line of defense against what Pope John Paul II called the “Silent Apostasy” and now, I would argue, against the nascent New World Order itself.