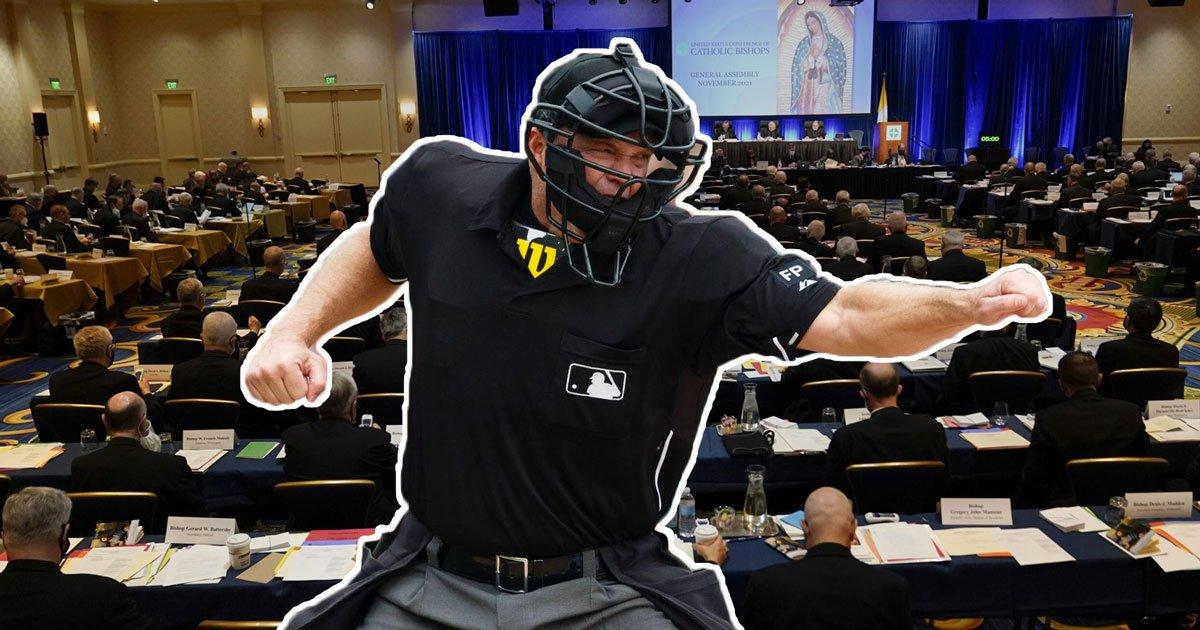 In baseball, some batters are known as “clutch hitters.” In ordinary situations, they may be no better than .275 hitters. Not bad, but nothing special. But in extraordinary situations, situations in which the game is on the line, they often rise to the occasion and temporarily become the equivalent of .350 or .375 or even .400 hitters.

Our Catholic bishops met in Baltimore the week before Thanksgiving. They met in an extraordinary situation, a situation in which the most conspicuous of all American Catholics, President Joe Biden, had for many months been making it quite clear that he intended to use his high office to promote something that the Catholic religion regards as unwarranted homicide, namely abortion.

It was the bottom of the ninth inning. Two outs. Bases loaded. Home team down by two or three runs. Bishops at the plate. It was a golden opportunity for the bishops to prove that they are clutch hitters. Perhaps they would be inspired by the memory of the greatest of all Catholic hitters to come from Baltimore, Babe Ruth. Or perhaps they would be negatively inspired by the pro-abortion athleticism of another Baltimore native, Speaker Nancy Pelosi.

And what did the bishops do? Did they hit a home run? Or a triple? Or a double? Or a single? No, none of these. Instead, they struck out. And they didn’t even strike out swinging. Just looking. Worse still, instead of trying to drive in a run or two, they stood at home plate and, using a bullhorn, gave what they took to be an edifying discourse on the nature of baseball and its rules, with particular attention paid to the dimensions of the strike zone.