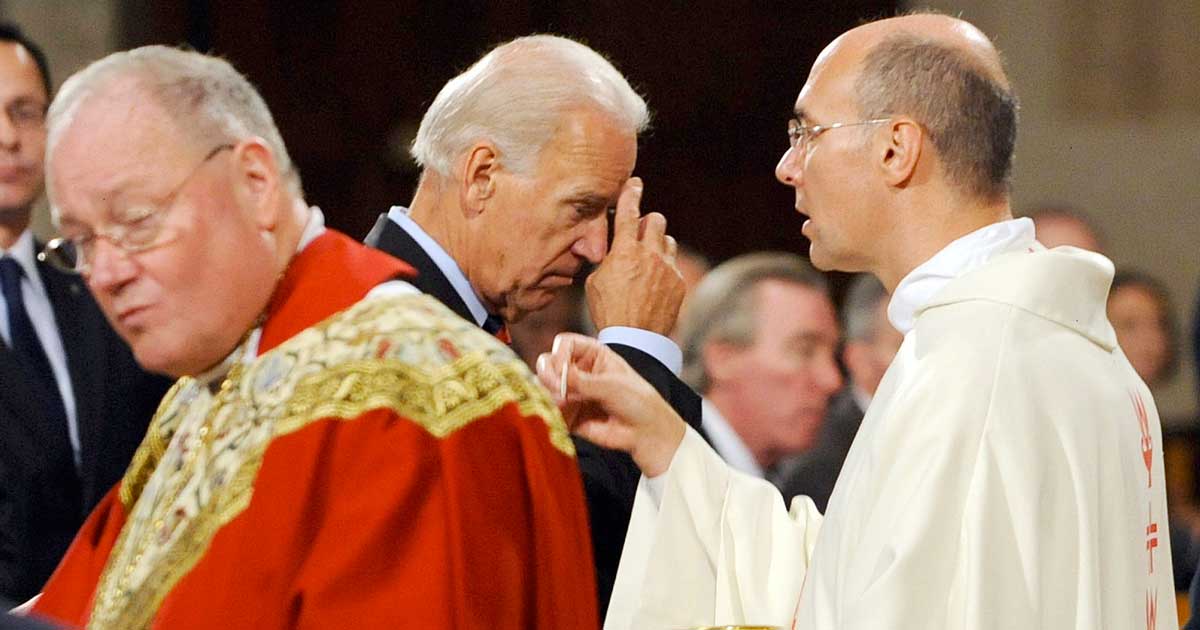 One month after the election of Joseph Biden I met personally with the Archbishop of Detroit, Allen Vigneron. I knew that he had been appointed to head a working committee of the United States Conference of Catholic Bishops (USCCB)—a committee formed to address how the bishops would deal with a Catholic president who advocates legalized abortion contrary to the Faith of the Church.

In the months leading up to the June 2021 bishops’ meeting, it was clear that many bishops were concerned about a need to address the scandal of a pro-abortion Catholic president who regularly presents himself for Holy Communion. One week after the formation of the working committee, Cardinal Wilton Gregory of Washington, D.C., knowing full-well that such a committee had been assembled, announced that he would not prevent Biden from receiving Holy Communion. This served as a kind of preemptive strike against the working committee ever advising that action be taken to deny Biden reception of the Eucharist.
Advertisement – Continue Reading Below

When I asked to meet with Vigneron, I hoped to provide a way forward, despite the obstacle erected by Gregory. In a meeting in which Vigneron was very open and gracious, I suggested the following:

Due to the fact that Gregory already stated he would not deny Communion to Biden, my suggestion did not advocate such a formal denial, since it was unlikely that the committee would contradict Gregory—but I hoped that at least the bishops would do something!