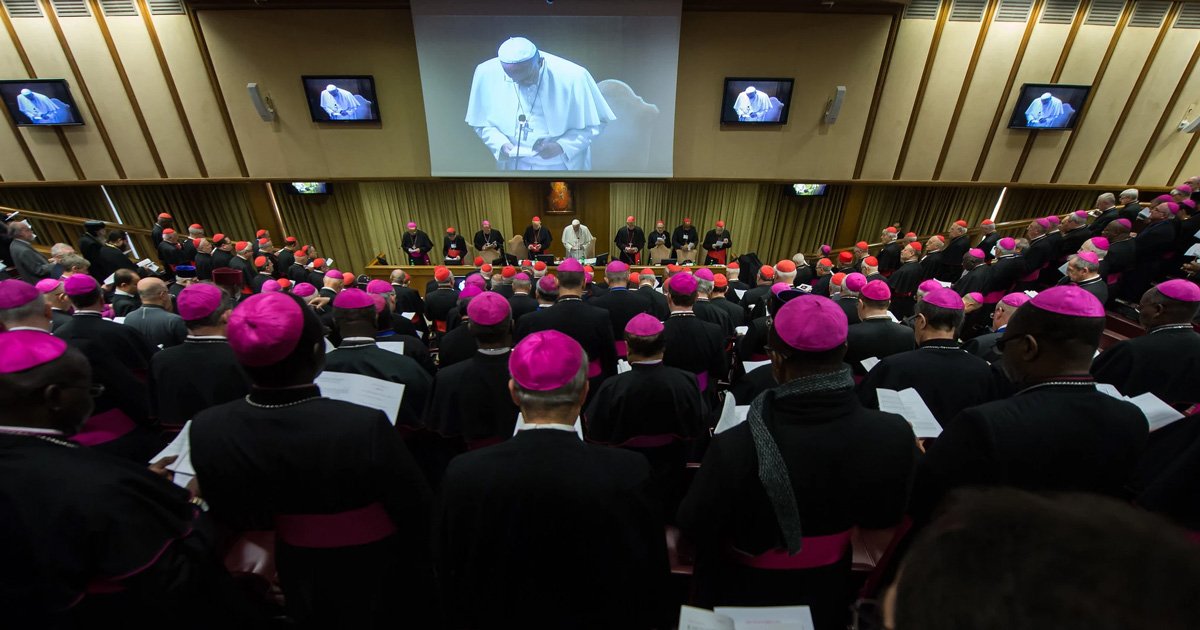 The synod is beginning, and all Catholics are invited to participate so that, through the contribution of each one, we can collaborate in a greater and better evangelization.

The truth is that I am not at all clear about the definition of the goals, but what “seems to be coming” is something like the convocation of a great debate in the universal Church. Therefore, I would like to make a request to our bishops that they may live in reality. I am referring to the Christian reality that challenges us through very concrete questions:

Bishops, we urge you to deal with these issues which are vital for eternal salvation. This is the fundamental task of the Church. Leave the politicians to deal with the supposed climate change, immigratory flows, renewable energies, sustainable economy and so many other wordly issues that prevent today’s hierarchy from devoting themselves to the transcendent.