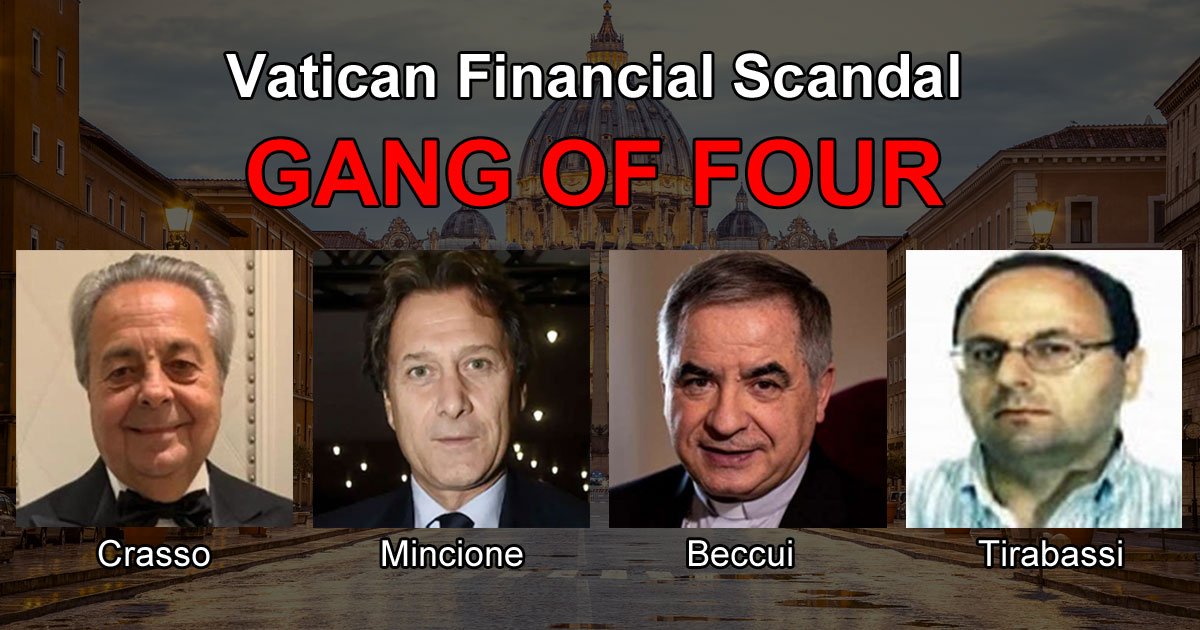 While Italian Cardinal Angelo Becciu is the most high-profile defendant among those indicted by Vatican prosecutors over a disputed London real estate deal, a group of four Italian laymen, both inside the Vatican and out, loom as the real architects of the scheme, forming the heart of what one senior Vatican official described as a “rotten and predatory system” within, and around, the Secretariat of State.

These men, as mostly unknown to outsiders as they were powerful on the inside, are Raffaele Mincione, Fabrizio Tirabassi, Gianluigi Torzi, and Enrico Crasso.

According to prosecutors, these four men formed a power center, their own “Gang of Four,” whose allegiances were to one other and to lining their own pockets rather than the good of the institution with whose finances they had been entrusted.

Tracing the ins and outs of this is an extremely difficult and time-consuming endeavor. Vatican prosecutors tried to spell all of this out in a 400-page explanation of their indictment order, but even that only scratched the surface.

Here’s a nutshell’ version of what the role these four men played in the London affair.