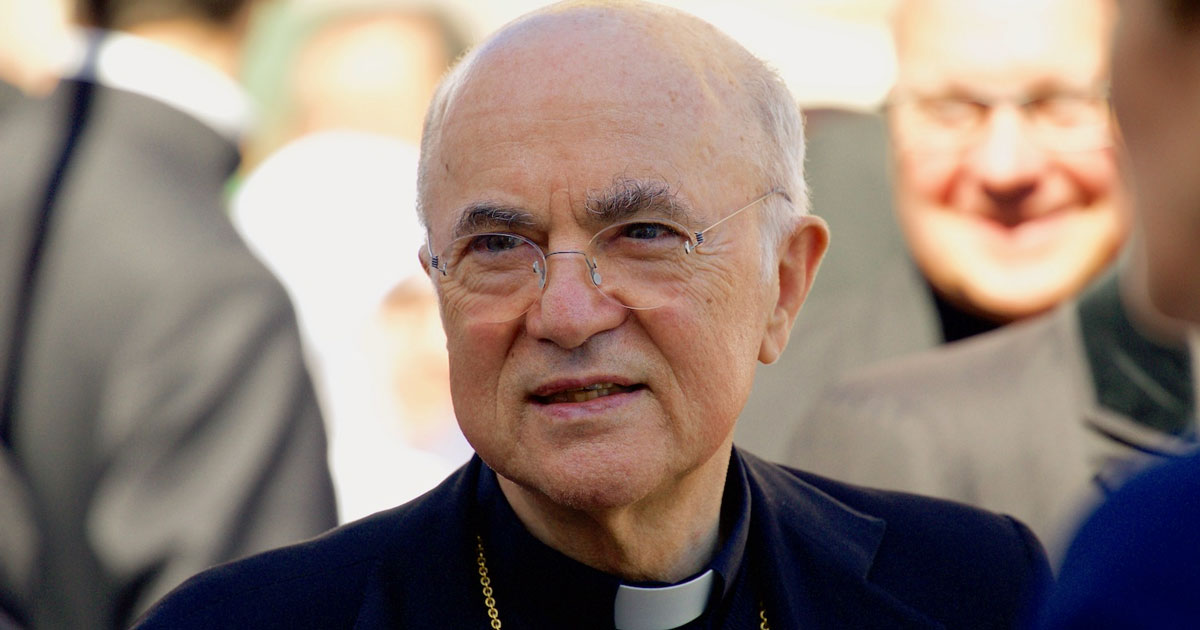 We have all learned that in some Dioceses of the United States of America, and in particular in the Archdiocese of Chicago, the Ecclesiastical Authority is mandating its clerics and faithful employees to be vaccinated as a condition for attending celebrations, liturgical activities. and pastoral and even for the mere fact of being priests with a ministry. Similar despotic measures are also imposed in Italy and other countries.

Priests who do not comply with the provisions of the Ordinary will be deprived of their priestly faculties and means of subsistence. Consequently, many churches will be closed, with very serious damage to the salus animarum, due to the lack of clerics who can replace those who will not be injected with the experimental gene serum. From what is known, there are not a few pastors of souls who will oppose, as is in their full right as American citizens and Catholics, a clear refusal to sacrilegious and illegitimate provisions, which are void and which expose those concerned to the concrete immediate dangerous serious side effects, including the risk of death. Without mentioning the moral implications of accepting the inoculation of a drug for the production of which fetal cell lines from abortions are used.

The subservience of the Bergoglian Hierarchy to the pandemic farce and the imposition of the so-called vaccination has transformed the Ministers of God into pandemic gurus, the Bishops into salesmen of experimental serum and the entire ecclesial body into the victim of mass experimentation. This constitutes an unprecedented betrayal of the divine mission of the Church of Christ, of the power of pastors and of the mandate of priests, in a process of replacing the revealed religion with a pseudoscientific cult that borders on idolatry. If these abuses are already serious if they come from the civil authority – whose corruption and conflicts of interest are now universally known and denounced – even more serious is the cooperation in this global crime by the ecclesiastical authority.

Faced with such violations of the law, it is necessary to denounce without hesitation the deliberate complicity of the Hierarchy in the diabolical globalist plan of the Great Reset, and to resist firmly and courageously this oppression ratified by the Holy See.

I strongly renew the appeal that I launched at the recent event held in Dubuque (Iowa) in favor of Coalition of Canceled Priests, inviting the laity to support their priests with coordinated initiatives. It is necessary to set up an International Foundation that collects donations and contributions from the faithful, diverting them from parishes and dioceses that are conniving with the current Bergoglian regime. When the Bishops find themselves impacted in the bank account, they will probably be induced to moderate their work of ostracizing the good priests. Initiatives such as Coalition for Canceled Priests and other similar projects are an urgent need in this hour of persecution. Each of us, according to their means, will be able to make a concrete contribution – not necessarily only financial – even simply by allocating our offering to those who deserve them and not to those who use them to harass good clerics.

The Catholic faithful open their homes to priests persecuted by the tyranny of the bishops allied to globalism, making them available for the celebration of the Holy Sacrifice of the Mass. Gathered around these domestic altars, the refractory communities will thus be able to continue to render due worship to the Holy Trinity and to benefit from the spiritual assistance of their ministers. And may fraternal charity, nourished by the sharing of the one Faith and prayer, mark the beginning of a rebirth of the Holy Church, today obscured by mercenaries and traitors.