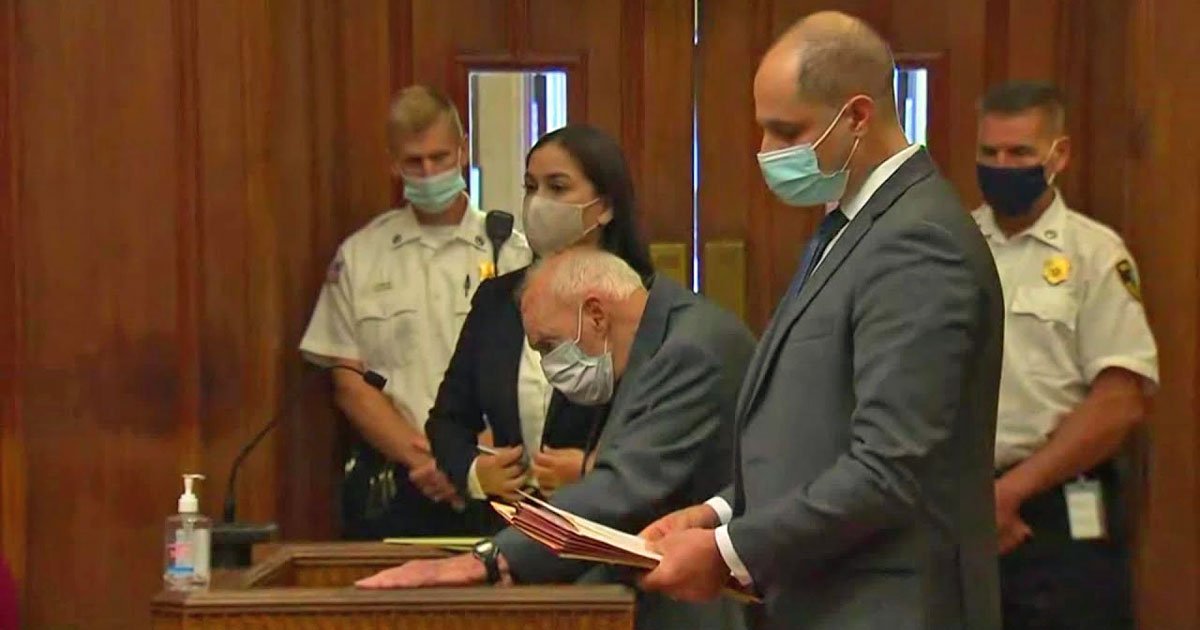 It happened in fewer than five minutes. Theodore McCarrick, who since 2018 has been the face of the clerical sexual abuse crisis of the Catholic Church, saw the inside of a courtroom Friday, for a hearing that began his first, and thus far only, criminal trial on charges of sexual assault.

In an arraignment hearing in the Dedham District Court of Massachusetts, McCarrick was formally charged with three counts of indecent assault and battery.

McCarrick had no speaking role. He offered no testimony, no alibi, no vigorous self-defense. An arraignment doesn’t work that way. The charges were read. In the ordinary manner of things, a not guilty plea was entered by the clerk without a word spoked by the defendant. Lawyers discussed particulars, and then it was over.

Seen in public for the first time since he was laicized, he was not in clerical garb, but entered the courthouse in a brown knit shirt and gray jacket, and with the aid of a walker.

Bail was set at $5,000. He was ordered not to leave the United States, ordered to surrender his passport, ordered to have no contact with his alleged victim or with anyone under 18, and warned that if he is charged with a crime while awaiting the next stage of his trial, he could find himself incarcerated.