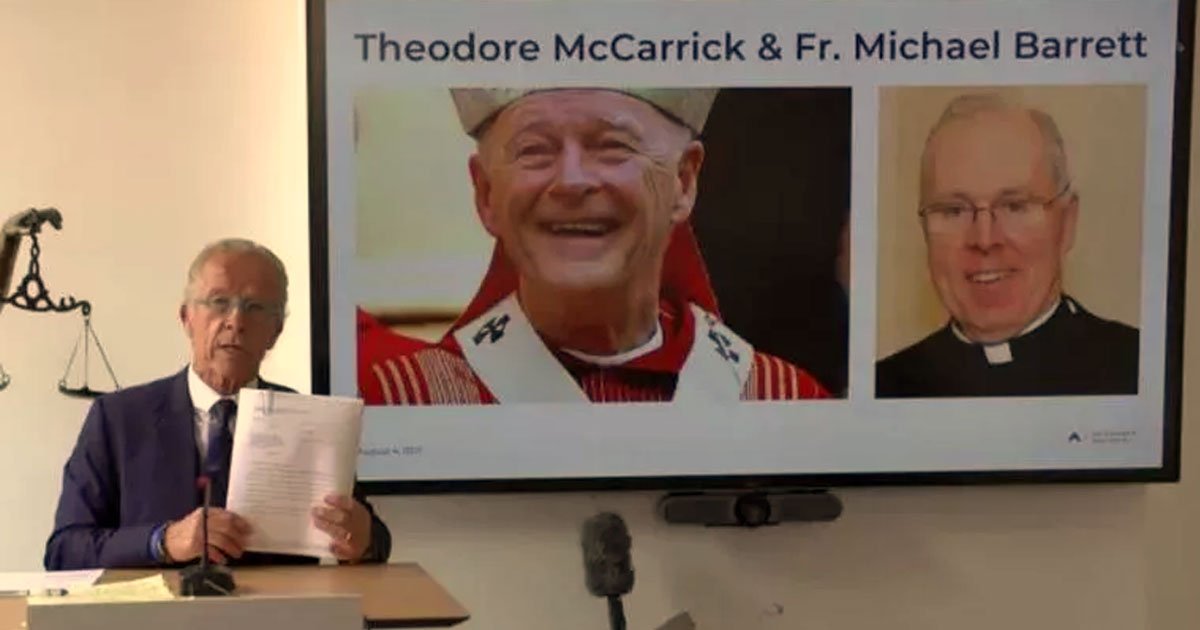 A new civil sex-abuse lawsuit has been filed against former cardinal Theodore McCarrick, also naming Opus Dei priest Father Michael Barrett, who is currently a pastor in the Archdiocese of New York.

Jeffrey Anderson, a prominent attorney who represents sex-abuse victims, announced the allegations against Father Barrett and McCarrick on Wednesday in a news conference that was broadcast online.

“My youth, my childhood was robbed from me,” said the plaintiff, who filed the lawsuit anonymously, in the case during the online press conference. He said he was “abused by two people involved in the Catholic Church, and this is Father Michael Barrett and Cardinal McCarrick, who wasn’t a cardinal then, and he should have never become one.”

According to Anderson, the plaintiff was abused by Father Barrett beginning at age 12, and the abuse continued for “three to four years.”