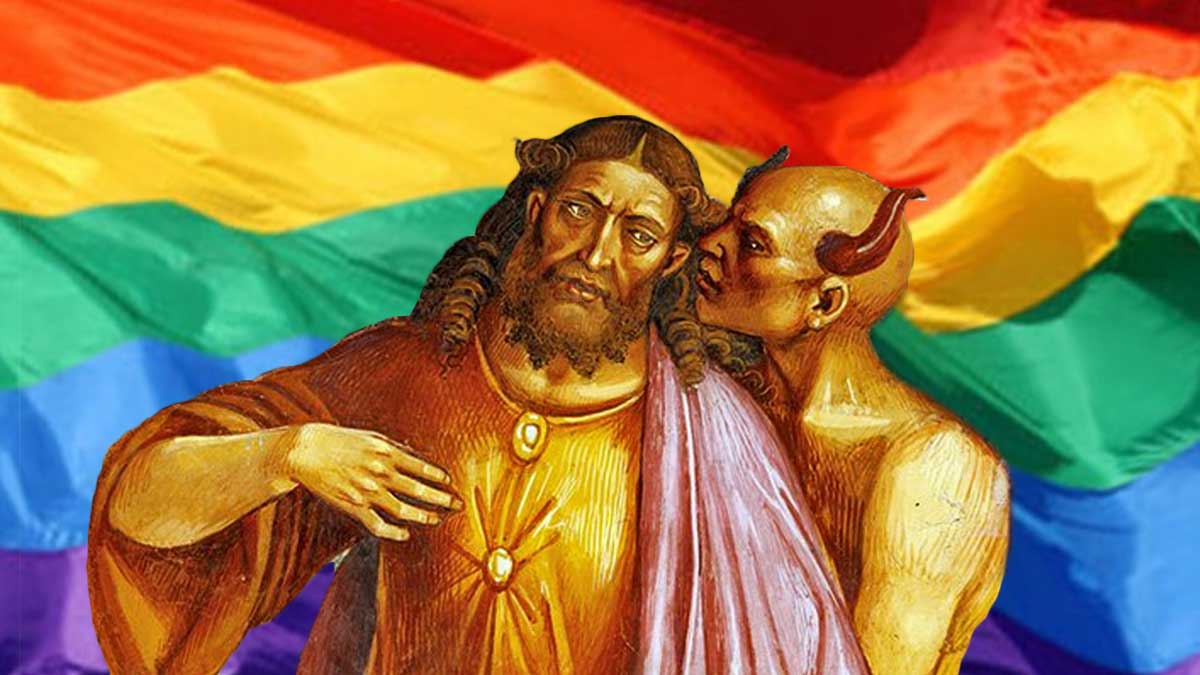 Is Pope Francis laying down breadcrumbs for LGBT groups to sue his church into compliance with same-sex unions?

Last week, Jason Jones interviewed theologian John Gravino about the “Great Catholic Reset.” That’s a plan Gravino believes exists within church circles, and that Pope Francis favors. It’s relevant to all Christians because it entails entangling Church and State in ways we might think impossible. And threatens faithful believers worldwide. Gravino argues, in his book Confronting the Pope of Suspicion, that liberal Christians like Francis are preparing the way for pro-LGBT governments to meddle directly inside our sanctuaries.

Jones was so alarmed by the case Gravino made that he took to the Alex Jones Show. He talked for an hour with the controversial host. The topic? Strong evidence that Francis is yoking the Church to pro-abortion globalist institutions, “progressive” proponents of Wokeness, and the Chinese Communist government.

I joined Gravino on the Jason Jones Show to question Gravino about his claims. What he had to say was so alarming that we talked for almost two hours. For those deeply interested in the Catholic church today, I suggest downloading the show and hunkering down.