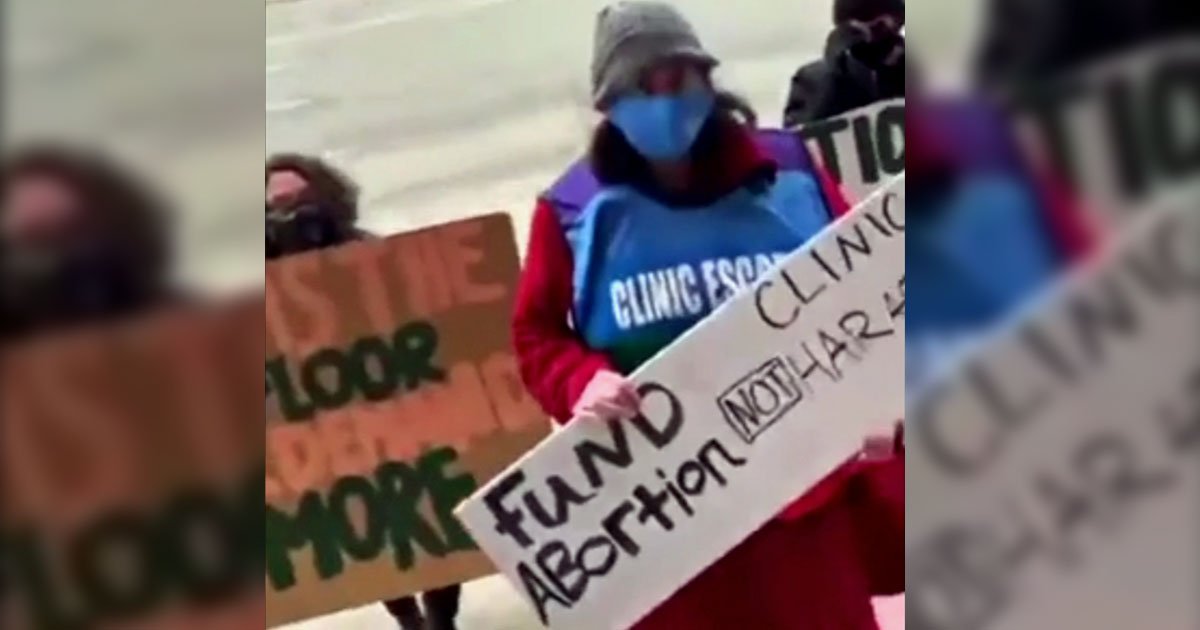 A sign of things to come for in the new Cancel Culture Regime.

“Fund abortion, not cops,” said one of their signs. “Abortion on Demand. End Hyde Now,” said another, apparently referring to the Hyde Amendment, which bans most federal funding for abortion. At least two protesters wore vests that read “clinic escort” on the back.