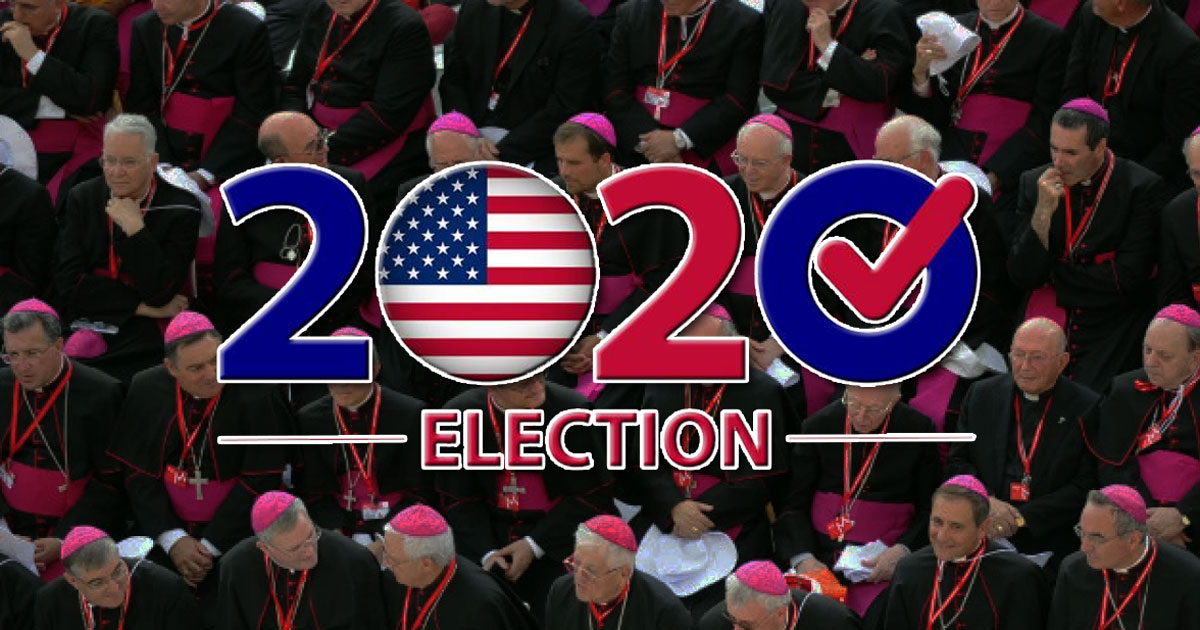 Republished from The Catholic Thing

The poet John Milton wrote: “The hungry sheep look up, and are not fed.” Church leadership is called upon to do the right thing, especially in difficult times: to speak the truth boldly and lovingly and to watch over those entrusted to their care. When bishops fail to fulfill this sacred obligation, the lay faithful are left feeling confused, neglected, and abandoned.

Such is the situation as we approach our national election in which a clear and obvious divide exists on essential matters related to earthly wellbeing and eternal welfare: the protection of God-given life from conception to natural death; the safeguarding of the family and the wellspring of sexuality; the dignity of all persons, including the rights of conscience and the freedom to live and worship without interference from the state or persecution from the culture.

The Democratic Party that once championed the civil rights of all has now become hostile to Christian faith and those who practice it. Their shrunken tent has no room for those who are pro-life, no room for those who profess what has been called mere Christianity, nor for any who believe in the value of patriotism insofar as patriotism embodies a natural preference for one’s own country.

Moreover, the Democratic presidential candidate himself can be considered Catholic in name only, for in nearly a half-century of public life he has routinely, repeatedly, and systematically rejected what the Church teaches: on life issues, on sexual morality, on religious liberty. When asked recently whether he would support an eight-year old’s decision to change gender, he answered in the affirmative.

Through it all, the great majority of you have said and done nothing. Those bishops who have spoken – claiming that abortion, for example, is not the pre-eminent moral issue, or that the current administration is the most anti-life in history, or that a Catholic ought have no qualms of conscience voting for Democratic candidates and their party’s dismal culture-of-death platform – have done so without public criticism from their brother bishops who, in this regard, seem to share the Democratic standard bearer’s bizarre preference for remaining safely in the basement.

When will you, as successors to the Apostles, overcome whatever has silenced you?

Do you lack faith and conviction in what the Catholic Church teaches and has taught from the beginning?

Are you primarily motivated by human respect, fearful that speaking the truth will bring ridicule, laughter, and opposition?

Are you so attached to your standing in civil society, having places of honor at the world’s table, that you cannot speak the beliefs you privately cherish?

Have the basic Christian virtues – loyalty, honesty, and courage – been so bred out of you that you now find yourselves neutered by the world and unable effectively to confront its manifold faults and follies?

Do you have so little love for your flock, including deluded politicians who insist on self-identifying as Catholic when they no longer believe, that you dare not challenge or correct them?

Have you made a craven surrender to the Zeitgeist such that you have jettisoned the ancient practice of the spiritual works of mercy, counseling the doubtful, instructing the ignorant, admonishing the sinner?

And if you find yourselves now cringing or smirking at such principles, have you not become model citizens of that dictatorship of relativism of which Benedict XVI warned?

“We cannot be in the business of making political endorsements,” many of you doubtless think and say. But does not silence in the face of evil signify consent? Countering the Democratic candidate’s false claim of being a faithful Catholic – you know in your hearts he is not – and criticizing a party platform so obviously opposed to faith and morals does not mean you give unqualified support to his opponent.

On the contrary, you are simply speaking the truth, in charity, teaching those who have been entrusted to your care and removing the cloud of confusion that you and too many of your predecessors have allowed for decades to hover over the public square.

Surely, you must realize that the regard in which you are now held may well be at an all-time low. Although still reeling by the depravity of the likes of Mr. McCarrick, lay Catholics nonetheless continue to pray for you, hoping that you man up and embrace fully the special calling God has given you. But they do so with diminished confidence, embarrassed by your consistent failure to lead, teach, clarify, and correct.

The time grows short. Will you speak and act in these coming days, for the sake of souls and for the common good? Or will you slide into an even deeper irrelevance, abdicating the awesome responsibility given you by the Lord Jesus to whom you must, at last, make an account of your stewardship?