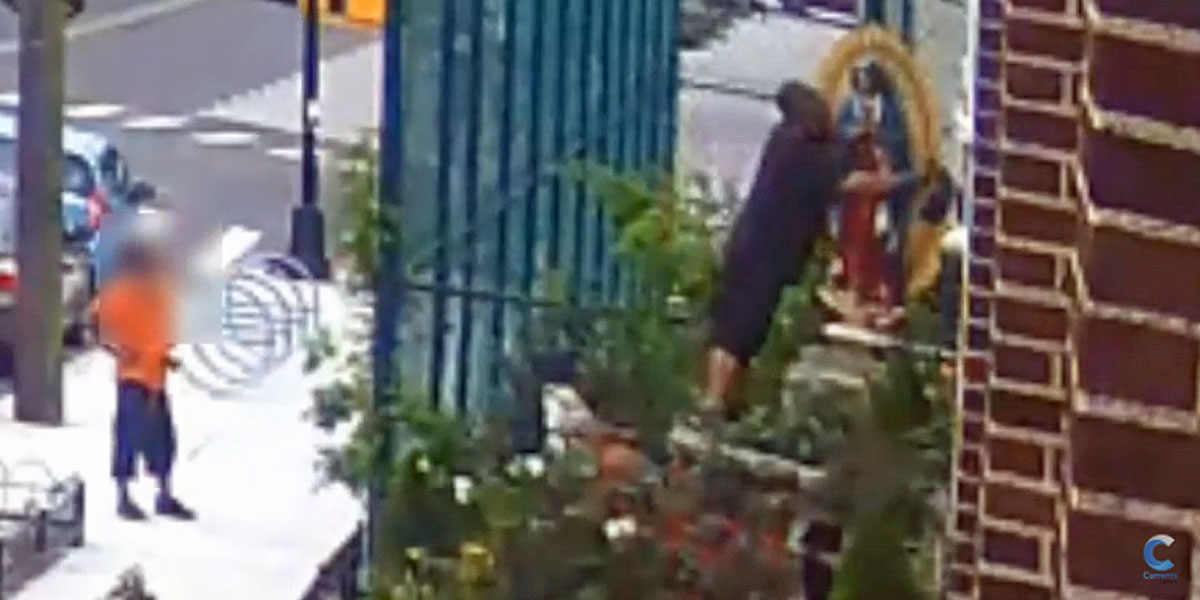 Police are asking the public to help them find a man who brazenly climbed over a fence outside the Shrine Church of Our Lady of Solace and threw a statue of Our Lady of Guadalupe to the ground on Sept. 11.

Cops, who are investigating the incident as a case of criminal mischief, released a video of the man committing the act.

Remarkably, the statue remained mostly intact — but suffered damage to the face, hands, and base — after the vandal threw it on the sidewalk.

Many parishioners cried when they were told about the vandalism, according to Father Javier Flores, the administrator of Our Lady of Solace.

“Our parishioners are very sad. Everyone is shocked,” Father Flores told The Tablet. “Neighbors saw what happened and called the police but the man fled very quickly.”

Parishioners are determined to raise money to repair the statue, Father Flores said.