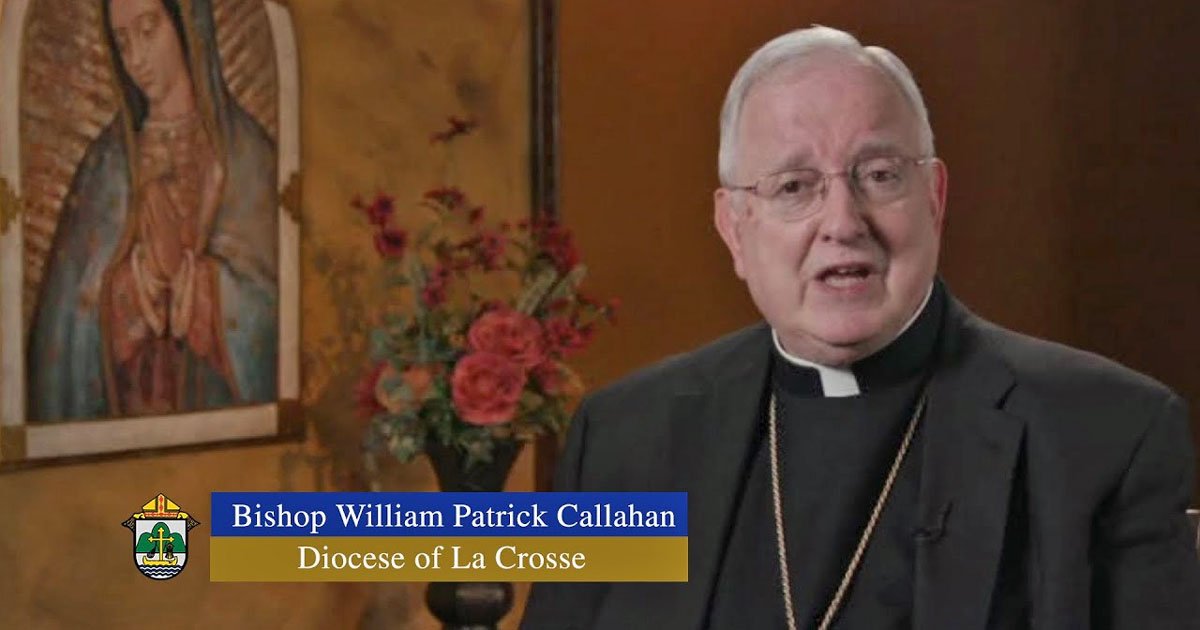 Feast of Our Lady of Sorrows

I am an orthodox Catholic who has spent my entire adult life fighting for babies waiting to be born: sidewalk counseling outside abortion facilities, offering a shelter home for moms in crisis, even going to jail several times for rescue attempts. As President of the Catholic Media Coalition, I speak for many likeminded Catholics who deplore the attacks on Holy Mother Church and those who defend her. Many of our members have watched and listened to the edifying sermons by Fr. James Altman and remarked on what a blessing he must be to his bishop for speaking the truth with clarity and charity about the moral obligation of Catholics, particularly our shepherds, to defend intrinsic moral issues.

So I was mystified by your public statement rebuking and threatening Fr. Altman for his impassioned defense of the faith as he warned Catholics not to endanger their souls by embracing the Democrat Party of death and perversion. Your actions brought to mind Dietrich von Hildebrand’s statement in The Devastated Vineyard:

…it is most especially infuriating when certain bishops, who themselves show this lethargy toward heretics, assume a rigorously authoritarian attitude toward those believers who are fighting for orthodoxy, and who are thus doing what the bishops ought to be doing themselves….The drivel of the heretics, both priests and laymen, is tolerated….But they want to silence the faithful believers who take up the cause of orthodoxy, the very people who should, by all rights, be the joy of the bishops’ hearts, their consolation, a source of strength for overcoming their own lethargy. Instead, these people are regarded as disturbers of the peace. And should it happen that they get carried away in their zeal and express themselves in a tactless or exaggerated manner, they are even suspended. This clearly shows the cowardice which is hidden behind the bishops’ failure to use their authority.

Sadly, Your Excellency, your statement could have been the source spurring von Hildebrand’s lament. I reread your statement several times and, frankly, was appalled:

Your Excellency, I wonder how much the pressure from “progressives” has influenced your actions, which brings me once again to von Hildebrand’s description of the “lethargy of the guardians:”

For they [the bishops] have nothing to fear from the orthodox: the orthodox do not control the mass media or the press; they are not the representatives of public opinion. And because of their submission to ecclesiastical authority, the fighters for orthodoxy will never be as aggressive as the so-called progressives. If they are reprimanded or disciplined, their bishops run no risk of being attacked by the liberal press and being defamed as reactionary.

Fr. Altman deserves your praise, not threats to see “the error of his ways and…take steps to correct his behavior and heal the wound he has inflicted on the Body of Christ.” Your Excellency, it is not Fr. Altman who has inflicted a “wound” on the Body of Christ, but you. We have had half a century of dialogue with Catholics, especially Catholic politicians, who scandalize the faithful by promoting child killing, sexual immorality, perversion, and other intrinsic evils. To allow, and even promote confusion, is a grievous wound indeed; and that is what you have done!

Tens of thousands of Catholics are anxiously and prayerfully watching this situation. We beg you to withdraw all threats from Fr. Altman. Restore permission for him to live-stream Masses including his excellent CATHOLIC sermons. He blows the trumpet to warn those hastening to destruction. If you silence his voice, you take your seat with the cowardly bench of English bishops who chose the apostasy of Henry VIII over the truths of the faith. They remained silent as their one faithful brother, Bishop John Fisher, was condemned and beheaded. Please spare the flock the painful scandal of watching you imitate them.

I would appreciate the courtesy of a response to this letter letting the faithful know the penalties, if any, you plan to levy on Fr. Altman. He has canonical rights as a pastor and many of us will gladly support those rights with both our prayers and our pocketbooks! I’m sure many of the tens of thousands of faithful Catholics signing the LifeSiteNews petition in support of Fr. Altman will happily contribute to his defense.

We will also be praying for you, Your Excellency that you do not inflict a further wound on the Church. It would be a scandal of massive proportions to persecute a faithful son for speaking the truth in his zeal to save souls. I hope saving souls is your goal as well. Sometimes that requires boldly speaking the hard truth!