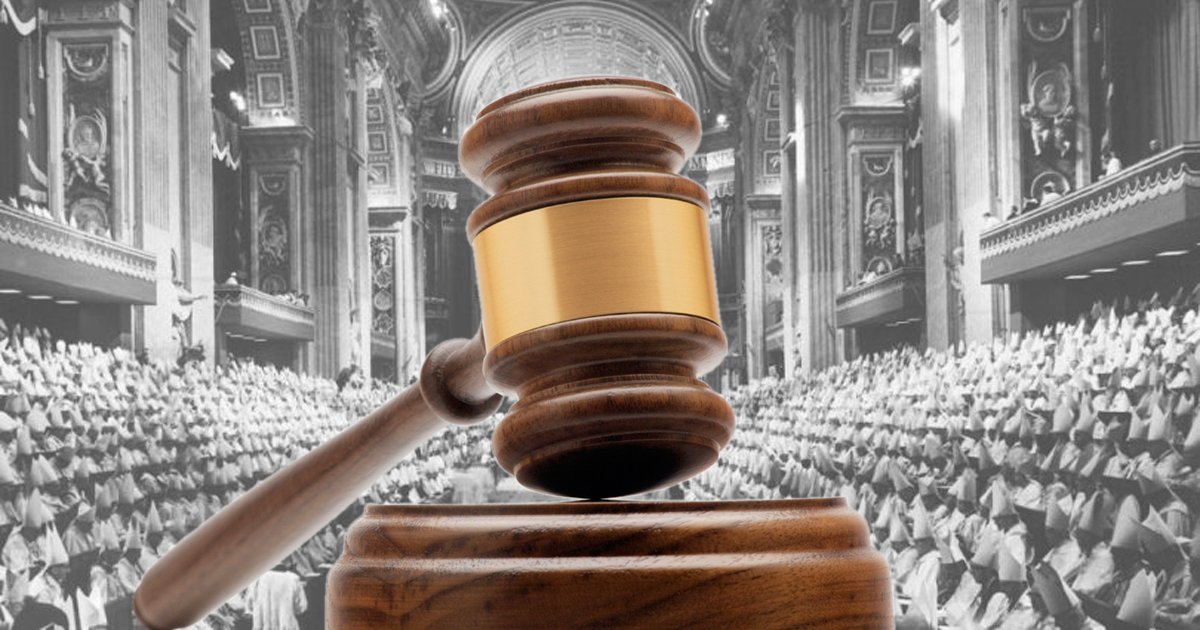 The Second Vatican Council continues to provoke concern, as shown by the recent open letter from priests, scholars, and journalists in support of calls from Bishop Schneider, who believes it contains errors and ambiguities needing correction, and Archbishop Viganò, who has suggested it might be best to forget the whole thing.

I don’t have much to add to discussions of the authority and interpretation of the Council or its documents. I’m not a cleric, nor even an amateur theologian or historian. But I’m a lawyer, and that gives me a perspective on the issues which might add something.

For a lawyer it’s natural to compare an ecumenical council to the Supreme Court. Both, we hope, are bodies of wise, experienced, learned, and public-spirited people responsible for interpreting basic law in a way that binds everyone and is intended to last.