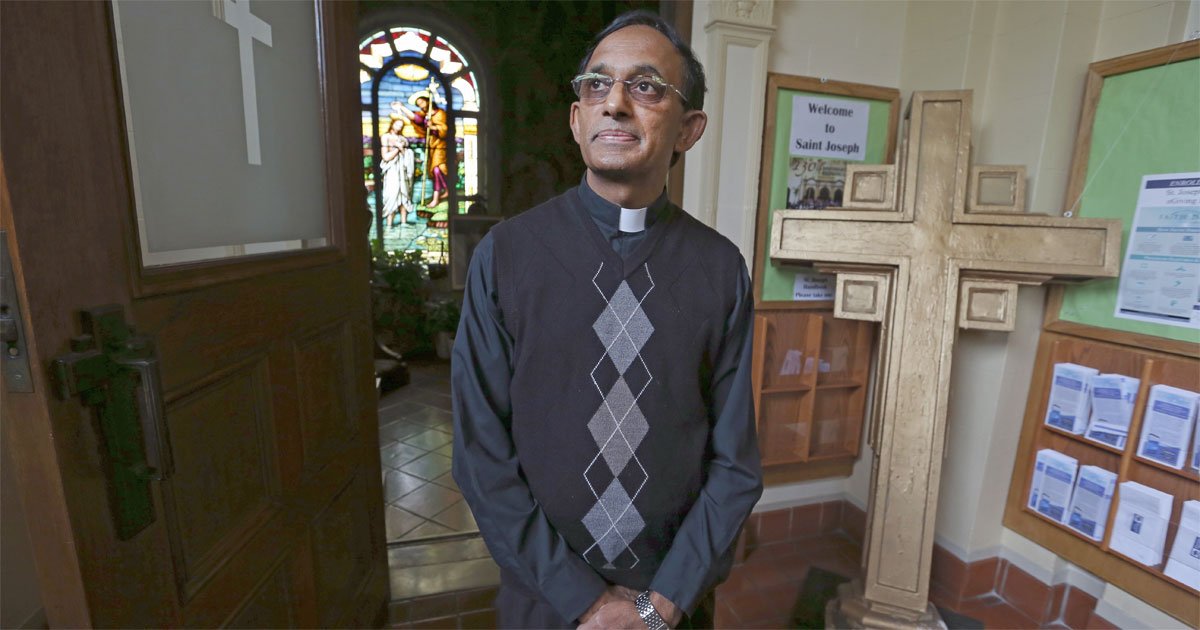 A judge issued a warrant for the arrest of an Alameda priest who did not show up to his court hearing Monday on a charge of sexual battery.

Varghese Alengadan, 67, known as “Father George,” was recently charged with one count of misdemeanor sexual battery, which is said to have occurred July 24, 2019, and involved an adult female victim. He was scheduled to appear at the Wiley Manuel Courthouse in Oakland on Monday morning for his arraignment before Judge Colin Bowen, but never showed, according to the Alameda County District Attorney’s Office.

The District Attorney’s Office requested his arrest warrant be set for $20,000, but instead the judge denied the request and instead set it at one cent — the newer bail schedule in place because of the coronavirus.