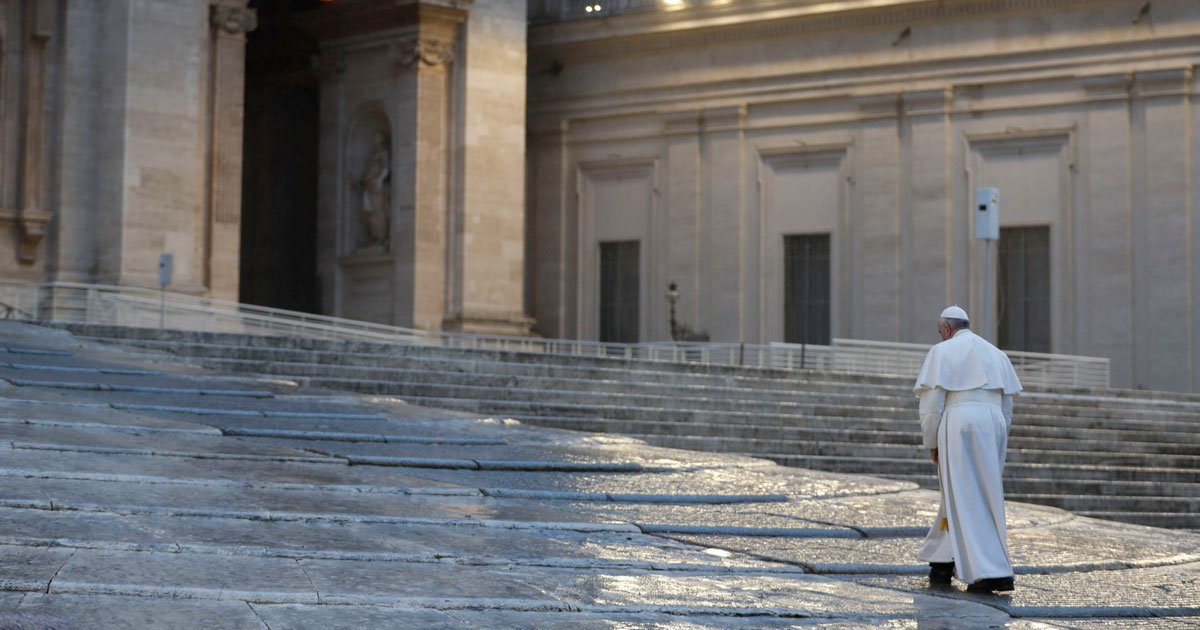 The demission of Benedict XVI will be remembered as one of the most catastrophic events of our century, as it opened the door, not only to a destructive pontificate, but above all to a situation of increasing chaos in the Church. After seven years since that disastrous February 11, 2013, the life of Benedict XVI and the pontificate of Pope Francis are drawing inexorably to a close. We don’t know which of the two events will precede the other, but in both cases, the “smoke of Satan”” risks enveloping the Mystical Body of Christ as perhaps has never happened in history

The Bergoglian pontificate has reached its end, perhaps not from a chronological point of view, but most certainly from the point of view of its revolutionary impact. The Post -Amazonian Synod has been a failure and the Exhortation Querida Amazonia of last February 2, was the tombstone placed on the many hopes of the progressive world, mainly in the German zone. The Coronavirus, or Covid 19, has definitively brought to an end the ambitious pontifical projects for 2020, presenting us with a historical image of a solitary and defeated Pope, immersed in the emptiness of a spectral St. Peter’s Square. On the other hand, Divine Providence, which always regulates all human events, allowed Benedict XVI to witness the debacle following his abdication. But the worst is probably still to come.