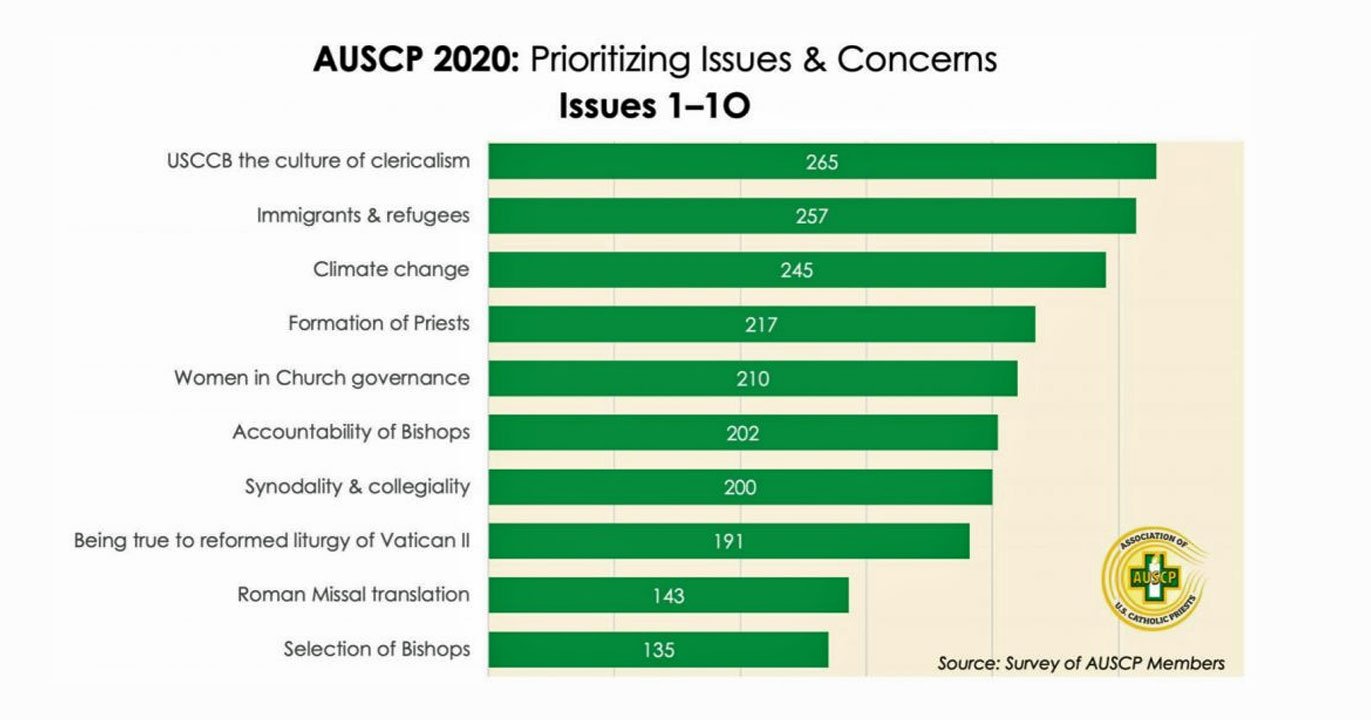 The heretical organization of Catholic clergy which calls itself the Association of United States Catholic Priests (AUSCP) held its Annual Assembly online this past week, and since it was a virtual “pay-to-play” conference, the Lepanto Institute sat this one out.  We’ve been exposing the heretical activities of the AUSCP as a subversive organization Hell-bent on perverting Church teaching on a number of levels.  Here are a few of our most damning reports:

This past February, AUSCP took a survey of it’s members asking respondents to rank a list of issues related to the priesthood, social justice, and the Catholic Church in general, ordering the list according to what they believe to be the most important down to what they believe is least important.  Included on the list were items such as “Abortion as the single issue,” “optional celibacy” “racism,” “the environment,” “priestless parishes,” “women deacons,” and the like.