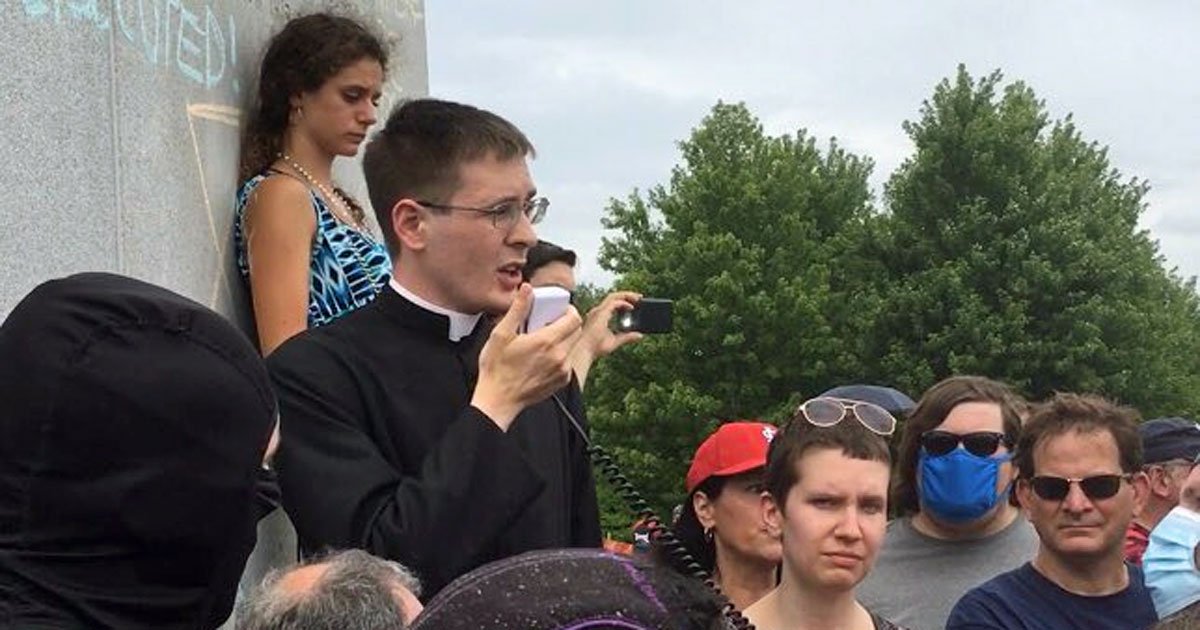 Fr. Stephen Schumacher, a priest of the Archdiocese of St. Louis, was among the defenders of a prominent statue of the city’s namesake as protesters called for its removal Saturday.

Fr. Schumacher, whose priestly ordination was in May 2019, addressed a shouting mob, attempting to inform them about St. Louis’ life, saying, “St. Louis was a man who willed to use his kingship to do good for his people.”