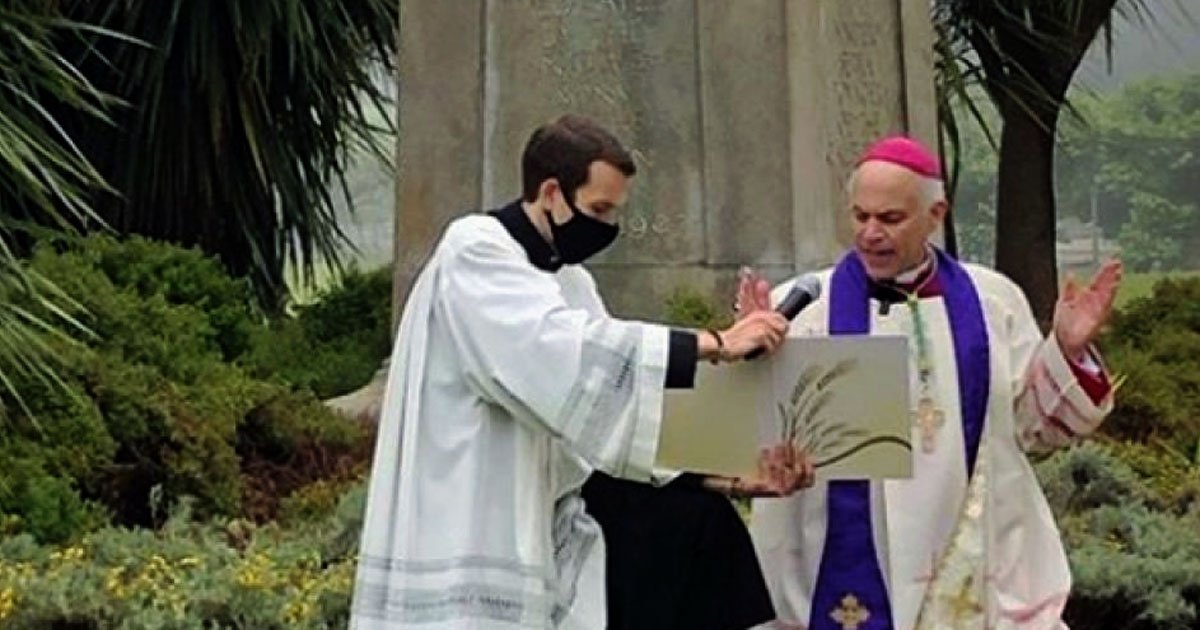 On June 19, the statue of St. Junípero Serra fell to angry protesters inside Golden Gate Park in San Francisco. On Saturday, Archbishop Salvatore Cordileone visited the park where St. Junípero once stood to offer prayers, perform an exorcism and conduct other acts of reparation, in response to what he called “horrendous acts of blasphemy.”

In a video released by the archdiocese, Archbishop Cordileone said the toppling of the statue had affected him greatly:

“I’ve been feeling great distress and a deep wound in my soul when I see these horrendous acts of blasphemy … and disparaging of the memory of Serra, who was such a great hero, such a great defender of the indigenous people of this land; someone who was very much a part of my life growing up. I grew up very close to the first mission that he founded in San Diego. So it inflicted a very deep wound in my soul.”

The archbishop performed an exorcism for what he called “an act of sacrilege, an act of the evil one,” adding: “This is the activity of the evil one who wants to bring down the Church, who wants to bring down all Christian believers. So we offer that prayer and bless this ground with holy water so that God might purify it, sanctify it; that we, in turn, might be sanctified.”