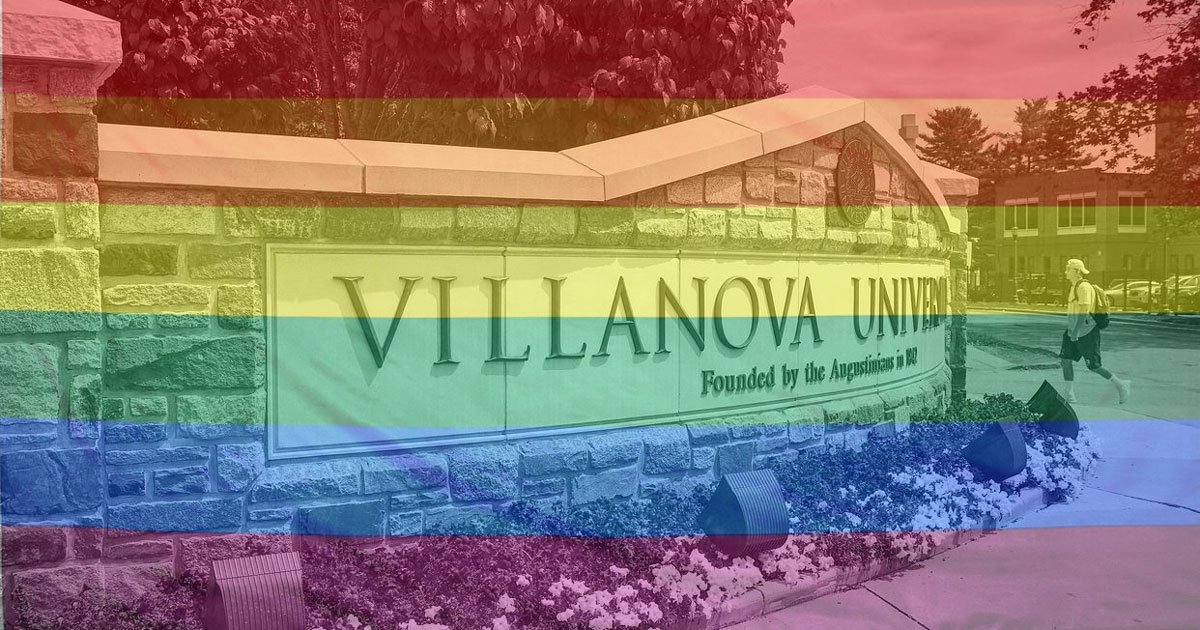 Yet another so-called “Catholic” University that serious Catholics should cross off their list.

Villanova describes itself as a “Catholic Augustinian community of higher education,” and “inspired by the life and teaching of Jesus Christ,” “grounded in the wisdom of the Catholic intellectual tradition and advances a deeper understanding of the relationship between faith and reason.”

The university names itself after St. Thomas of Villanova. It is the oldest Catholic university in Pennsylvania.

The institution posted its Pride Month support on the Villanova Athletics’ Facebook and Twitter accounts on June 22. The university’s full tweet reads, “Love is Love. Happy #PrideMonth ?️‍?  – We are proud to be an ally of the LGBTQ+ Community.