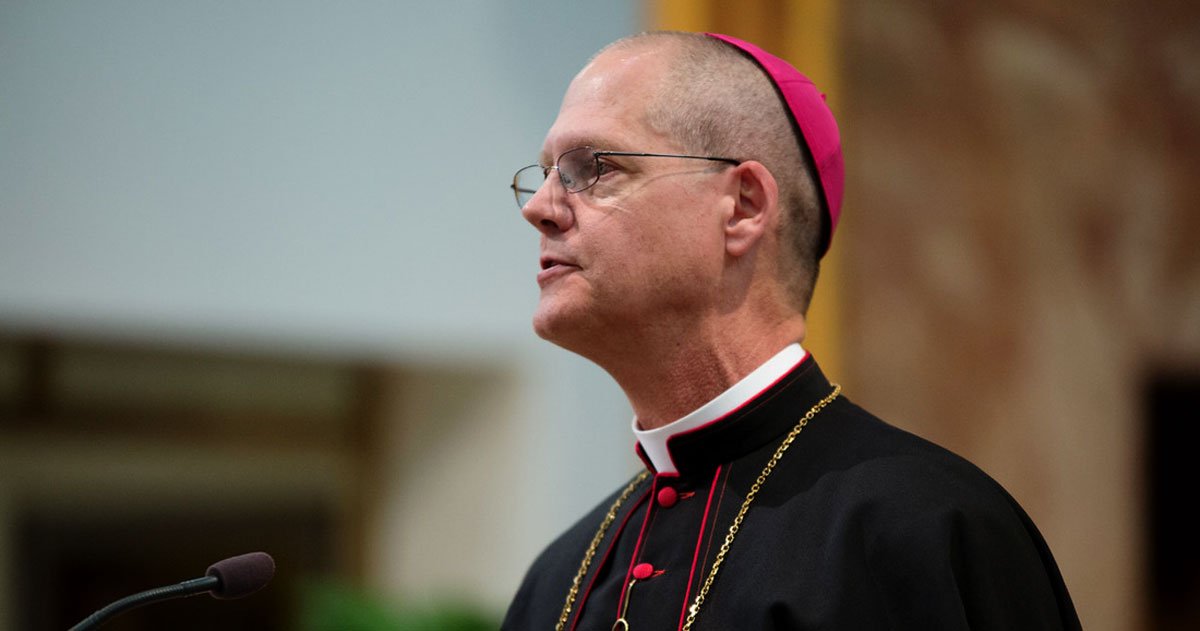 In a pastoral letter promoting the Eucharist titled “The Work of Redemption,” the archbishop writes, “As we move in procession to the altar, we bow before receiving the Body or Blood of Christ, and remain standing to receive Holy Communion, whether the host or the chalice. To kneel at this point, or to add other gestures, individualizes the reception of Communion.”

The archbishop is demanding a so-called “unity of posture.” He claims his directives are based on “the norms for the United States as expressed in the General Instruction of the Roman Missal (GIRM).” The Vatican has stated repeatedly, however, that such norms are not binding on the laity.