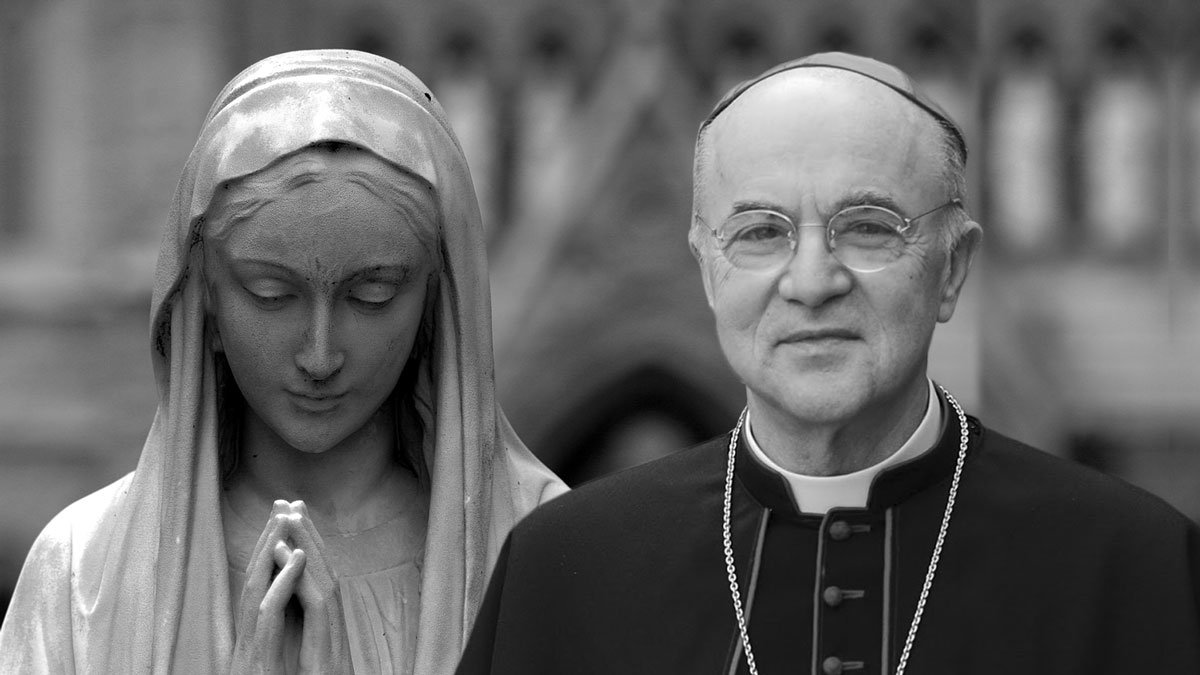 Archbishop Carlo Maria Viganò, in an interview with LifeSiteNews, explains the history of the apparitions of Our Lady in Civitavecchia, Italy which took place 25 years ago. During these miraculous events, Our Lady referred back to her apparitions and messages in Fatima, and she warned that Satan is out to destroy the family.

Additionally, Our Lady spoke about the apostasy in the Church, the darkness that overshadows Rome, the need to consecrate Italy to the Immaculate Heart of Mary, adding that “the world is becoming more and more a prisoner of Satan’s darkness and evil, without sparing numerous servants of the Church.” She also spoke of the risk of a third world war following the apostasy.

Our Lady spoke to the Gregori family, after their statue of Mary had started to shed tears of blood on February 2, 1995. She made clear that this apparition is linked to her apparitions in Fatima. She stated: “My children, the darkness of Satan is now obscuring the whole world and it is also obscuring the Church of God. Prepare to live what I had revealed to my little daughters of Fatima”

Indeed, says the Italian prelate, “this prophecy about the suicide of the Catholic Church has meanwhile been largely fulfilled through the Satanic-Masonic attempt to Protestantize Catholicism, reducing it to one of the many religions that are part of a single world religion.”