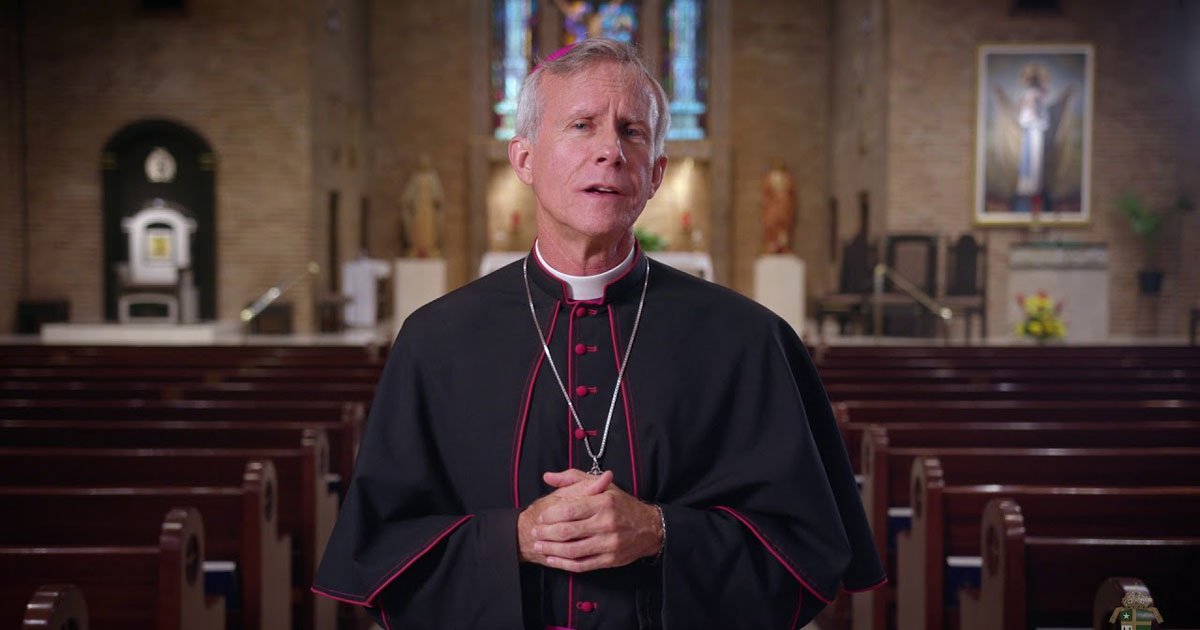 The Catholic Church proclaims that, in and through Jesus Christ, and by the power of the Holy Spirit, authentic unity with God the Father — and with one another — is the plan of God for the entire human race. That plan has begun through the Redemption brought about by the voluntary offering of Jesus Christ, the Son of God, on the cross on our behalf. It is sin which separated us, from God and from one another. The Church birthed from the wounded side of the Savior on Golgotha is the way toward realizing that unity.

We should want to walk toward that unity and not fear it.

The Church is meant to become the home of the whole human race. For the Church to continue the redemptive mission of Jesus most effectively, she must be one. It was not the Lord’s plan that Christians be separated. It is His Plan that the Church be restored to full communion. His prayer to the Father, that we may all be one (John 17:21), will someday be fully answered. In that priestly prayer, Jesus made it clear that the witness of Christian unity is connected to the world coming to believe.

We properly speak of the impetus toward restoring Christian unity through recovering full communion as ecumenism. But, sadly, the word ecumenism has been brutalized and used in ways which were never intended. Perhaps it is one of those words which needs to be avoided until we can recapture the true teaching which is essential to explain it.

In its 1964 Decree on Ecumenism Unitatis Redintegratio the Fathers of the Second Vatican Council warned of a false ecumenism. Here are words from the very beginning of that decree:

The restoration of unity among all Christians is one of the principal concerns of the Second Vatican Council. Christ the Lord founded one Church and one Church only. However, many Christian communions present themselves to men as the true inheritors of Jesus Christ; all indeed profess to be followers of the Lord but differ in mind and go their different ways, as if Christ Himself were divided. Such division openly contradicts the will of Christ, scandalizes the world, and damages the holy cause of preaching the Gospel to every creature.

Yet, the Council Fathers, throughout this decree, also warned of a false irenicism. For example, in paragraph 11:

The way and method in which the Catholic faith is expressed should never become an obstacle to dialogue with our brethren. It is, of course, essential that the doctrine should be clearly presented in its entirety. Nothing is so foreign to the spirit of ecumenism as a false irenicism, in which the purity of Catholic doctrine suffers loss and its genuine and certain meaning is clouded.

At the same time, the Catholic faith must be explained more profoundly and precisely, in such a way and in such terms as our separated brethren can also really understand.

Moreover, in ecumenical dialogue, Catholic theologians standing fast by the teaching of the Church and investigating the divine mysteries with the separated brethren must proceed with love for the truth, with charity, and with humility. When comparing doctrines with one another, they should remember that in Catholic doctrine there exists a ‘hierarchy’ of truths, since they vary in their relation to the fundamental Christian faith. Thus, the way will be opened by which through fraternal rivalry all will be stirred to a deeper understanding and a clearer presentation of the unfathomable riches of Christ.

Not only is this false irenicism infecting authentic ecumenical conversation and collaboration, a denial of the uniqueness of the Christian Gospel message and the absolute necessity of salvation through Jesus Christ has been replaced, even within the Church, with an emerging syncretism, religious relativism, and growing rejection of orthodoxy and orthopraxy.

One only need recall so many recent events. One need to simply read or listen to the myriad of confused messages, even from some Catholic leaders, to verify this claim. I have written of it in past columns, where I urged a rereading and renewed adherence to and application of the instruction from the Congregation for the Doctrine of the Faith in the year 2000 Declaration Dominus Iesus on the Unicity and Salvific Universality of Jesus Christ and the Church.