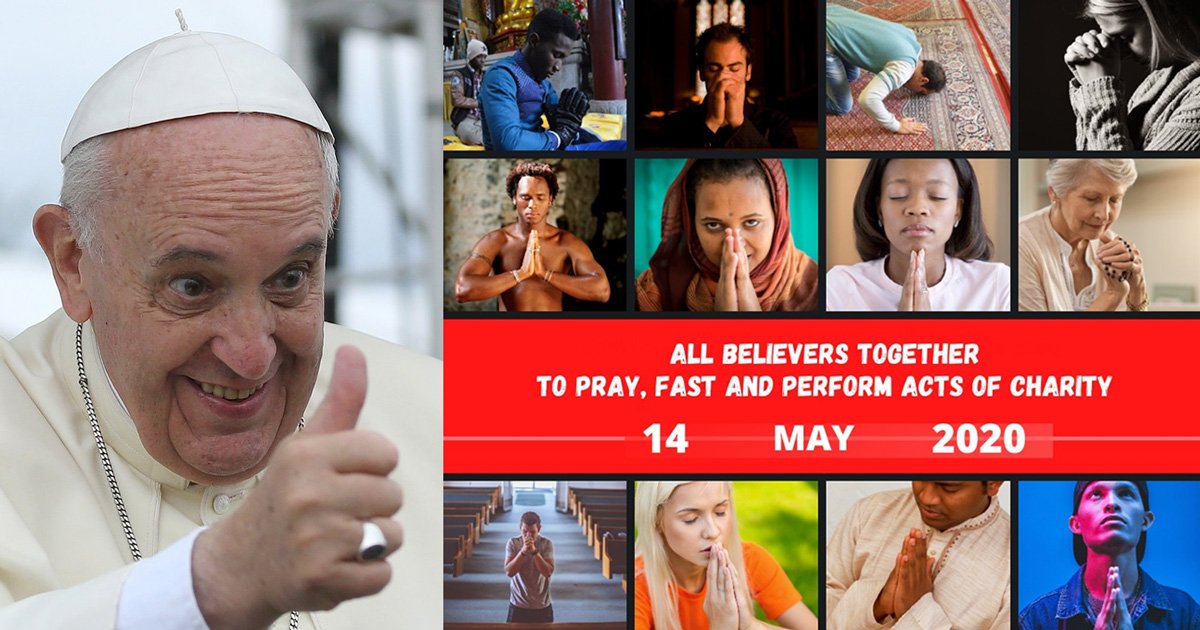 Pope Francis’ call for a multifaith day of prayer asking God “to end this pandemic” has provoked a blistering backlash, with thousands of Catholics accusing the pontiff of “syncretism,” “blasphemy” and “sacrilege.”

“I would like to remind you that on May 14, believers of every religion are invited to unite themselves spiritually in a day of prayer, fasting and works of charity, to implore God to help humanity overcome the coronavirus pandemic,” the pontiff announced Tuesday.

“The only ‘spiritual’ union that Christians recognize is the communion of the Holy Spirit with those baptized into the Body of Christ,” Deacon Nick Donnelly told Church Militant, announcing on Twitter: “I will not be joining this syncretistic effort to create a false ‘one world religion.'”

Francis reiterated the call for all people “according to the teachings of their religion, faith or sect,” to implore “the All-Creator” God to “lift this pandemic off us and the entire world” before his Regina Coeli on May 3 — as announced earlier in a Vatican press release.

The Vatican issued its summons on behalf of the Higher Committee of Human Fraternity, an inter-religious body created to implement the initiatives proposed by the Abu Dhabi Declaration signed by Pope Francis and Ahmed el-Tayeb, Grand Imam of Al-Azhar, in February 2019.

“Just think for one moment what Francis is asking Catholics to do. He’s asking us to unite ourselves on the level of spirit with those who worship idols and demons or who venerate false prophets that deny the divinity of Christ. What an appalling thing to ask us to do!” Deacon Donnelly told Church Militant.

Of course, we can cooperate on the natural level with people of other religions to combat COVID-19, but union on a spiritual level is completely out of the question. To do so would risk the danger of syncretism — the creation of a false religion that blasphemously attempts to combine Christianity with the beliefs and practices of false and pagan religions. The Pachamama spirit is rearing its ugly head again in the Church. In the name of Jesus Christ, we must reject it.