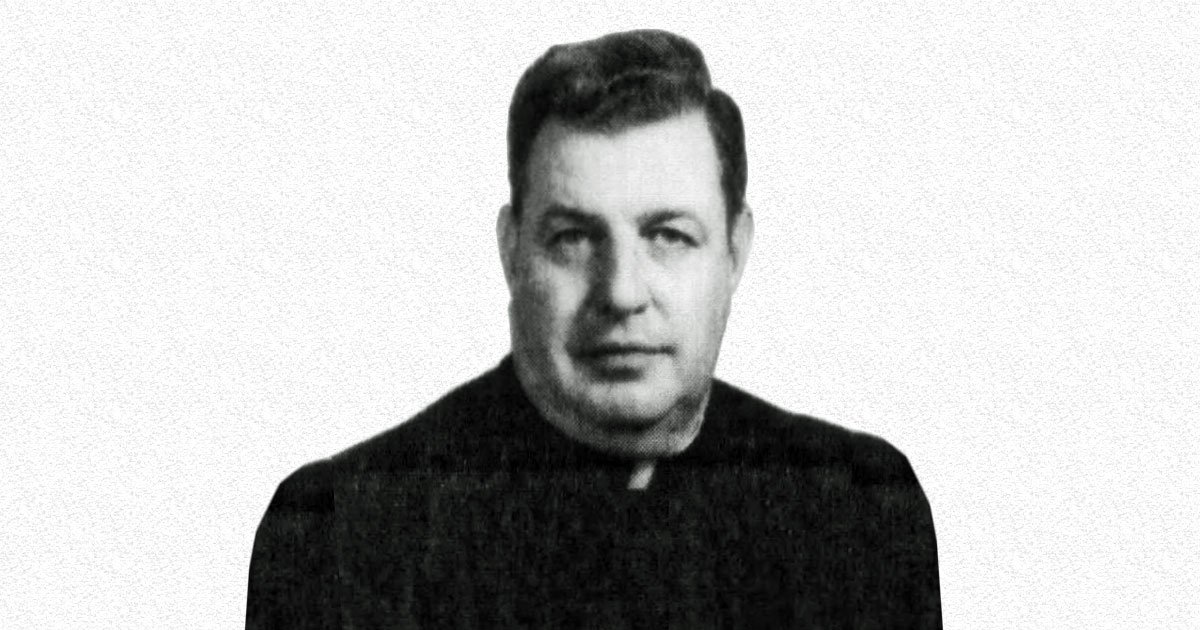 Fourteen-year-old Robert O’Donnell sat with his parents for Holy Mass at St. John the Baptist Catholic Church on the city’s north side. A freshman at Quincy Notre Dame Catholic High School, O’Donnell had often thought about becoming a priest. As a child, he respected and looked up to priests. But what happened on this day in 1975, and for several years after, demolished his admiration for the priesthood and drove him far, far from the Catholic Church.

St. John’s pastor, the Rev. Aloysius J. Schwellenbach, 55, came through the church’s side door and whispered to O’Donnell’s father, Charles. One altar boy didn’t show up for Mass and he needed Bob to fill in. “Of course,” the senior O’Donnell said, motioning for his son to get out of the pew. O’Donnell hesitantly complied, following Fr. Schwellenbach out the door, ostensibly toward the sacristy for vesting in a cassock and surplice.

Only that’s not where they went.

Schwellenbach hustled O’Donnell across the sidewalk to the rectory, a new ranch-style brick house at 1019 Cedar St., just east of the church. This was odd, the youth thought. What could be so important to risk not starting Mass on time? The music was already playing inside the church. Soon enough, he got his answer.

“He shut the front door and led me to a small bathroom right inside the front door,” O’Donnell recalled. “He was in his vestments. He pulled them aside and unzipped his pants. I said the church was full and waiting on him to start Mass. He said, ‘What are they going to do?’ It couldn’t start without him. He took my hand and put it in his pants and told me to fondle him.”