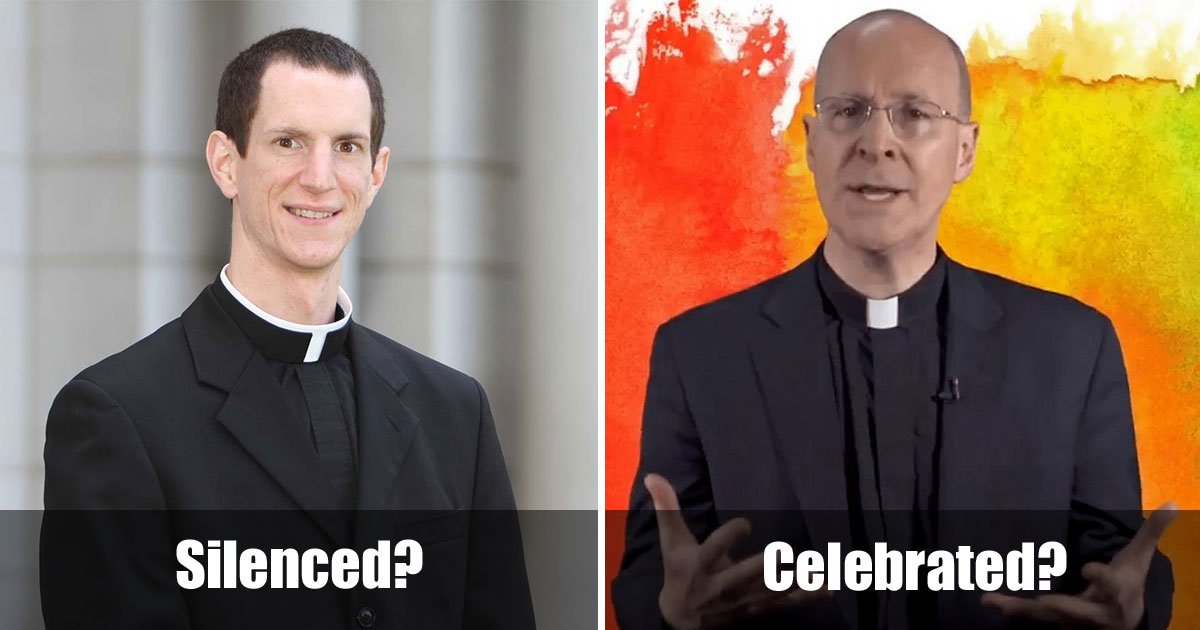 Last week we informed you that Archbishop Bernard Hebda took one of his orthodox priests to the woodshed for having the courage to speak the truth about the threat posed by radical Islam. Apparently Archbishop Hebda missed the headlines showing Minnesota to be the Islamic terrorist recruiting capitol of the United States.

This week we learn Fr. James Martin is on the schedule at the notorious St. Joan of Arc (SJA) parish in Minneapolis this coming Sunday, February 9.  This is the same parish that invited a homosexual couple to give their personal testimony from the pulpit a year ago.  SJA has a long history and sordid history of dissenting from Catholic teaching. 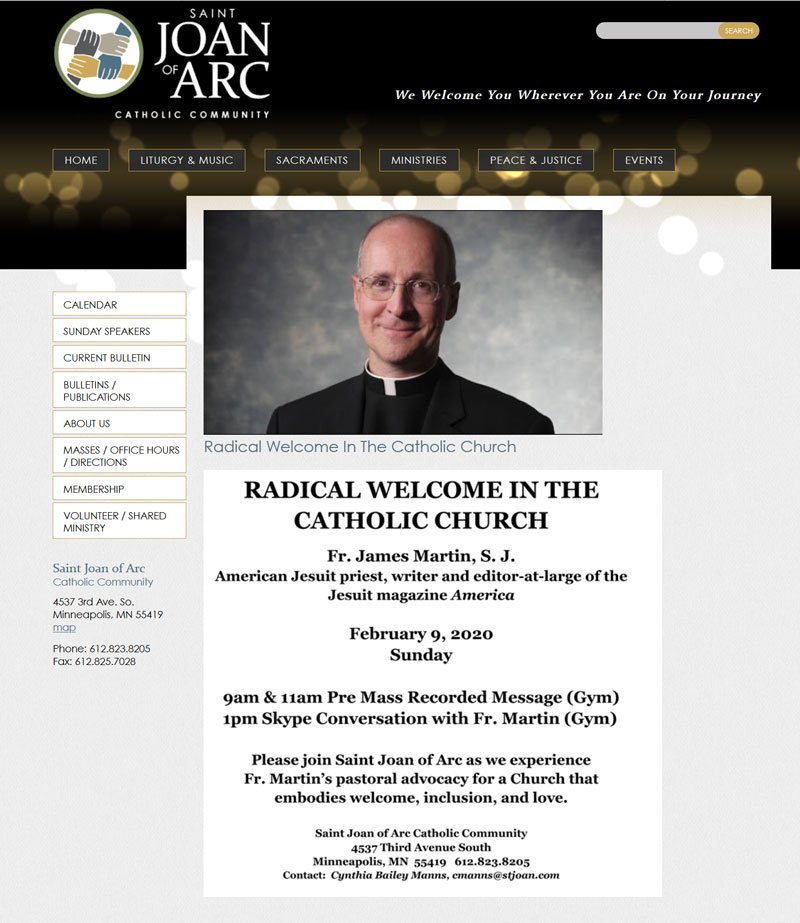 Here’s a list of seven quotations from Fr. Martin demonstrating how he is harming the faith.  And below is an excerpt of a video he released last week calling for the Church to stop firing LGBT employs who are ‘married.’

Concerned Catholics are encouraged to contact Archbishop Hebda to respectfully express their opinions.