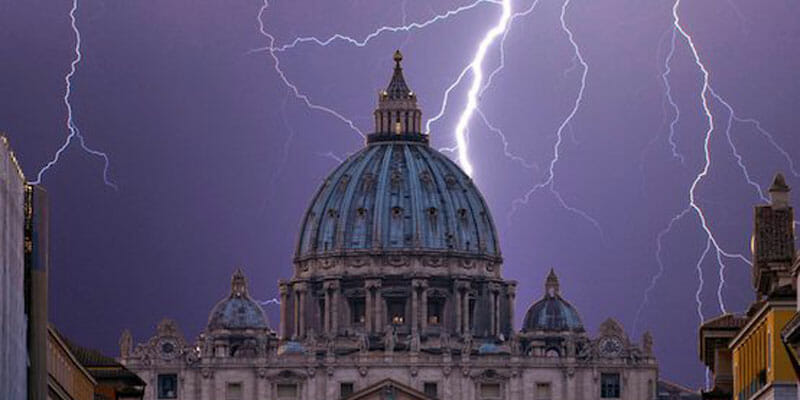 The Holy See is caught in a financial scandal that has seen it suspended from the information-sharing network of the world’s premier financial intelligence club. Some of the players in that scandal are tied to other murky financial doings. If the Holy See doesn’t get a handle on the business – and soon – the resulting fallout could lead to the Holy See’s being increasingly isolated from the international community.

The story behind the story of financial incompetence, mismanagement, and misdeeds, is one of powerful men who seem either to care nothing for the institution they serve, the true good of which is found in the good of the persons, whose souls the institution exists to save; or – what is worse – they have come to identify their own personal and worldly satisfaction with that of the institution from which they have power and station.

An Argentine prosecutor gave the Holy See a black eye last week as well, when she asked for international cooperation in securing the presence of Bishop Gustavo Zanchetta. He is an old acquaintance of Pope Francis, who made Zanchetta a bishop and then created a post for him in the powerful and troubled APSA (the Vatican’s “central bank”) after complaints reached him of Zanchetta’s alleged moral turpitude and tyrannical governance.

That was arguably not the worst news for the Holy See last week, which also saw a major CNN investigative report reveal that the 50-year-old Salesian missionary priest Fr Luk Delft, who was appointed national director of Caritas in the Central African Republic, is a serial abuser of children, against whom fresh abuse allegations (reportedly by occupants of a camp for internally displaced persons) have been lodged since he took over the top job.