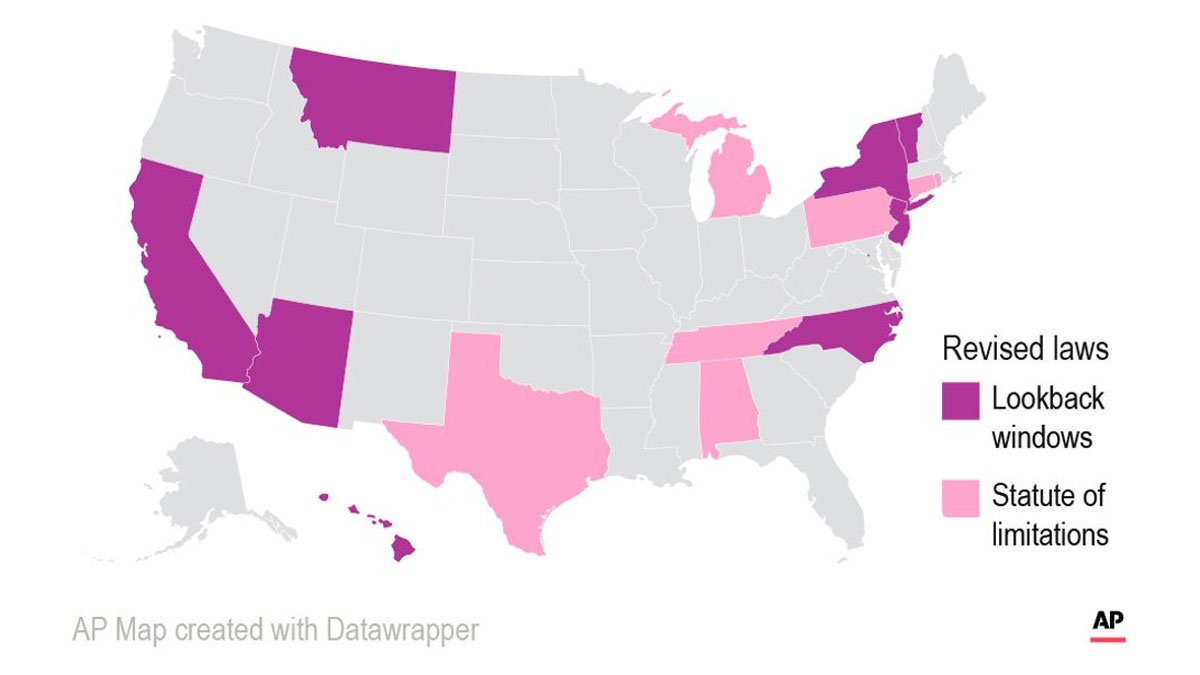 At the end of another long day trying to sign up new clients accusing the Roman Catholic Church of sexual abuse, lawyer Adam Slater gazes out the window of his high-rise Manhattan office at one of the great symbols of the church, St. Patrick’s Cathedral.

“I wonder how much that’s worth?” he muses.

Across the country, attorneys like Slater are scrambling to file a new wave of lawsuits alleging sexual abuse by clergy, thanks to rules enacted in 15 states that extend or suspend the statute of limitations to allow claims stretching back decades. Associated Press reporting found the deluge of suits could surpass anything the nation’s clergy sexual abuse crisis has seen before, with potentially more than 5,000 new cases and payouts topping $4 billion.

It’s a financial reckoning playing out in such populous Catholic strongholds as New York, California and New Jersey, among the eight states that go the furthest with “lookback windows” that allow sex abuse claims no matter how old. Never before have so many states acted in near-unison to lift the restrictions that once shut people out if they didn’t bring claims of childhood sex abuse by a certain age, often their early 20s.

That has lawyers fighting for clients with TV ads and billboards asking, “Were you abused by the church?” And Catholic dioceses, while worrying about the difficulty of defending such old claims, are considering bankruptcy, victim compensation funds and even tapping valuable real estate to stay afloat.