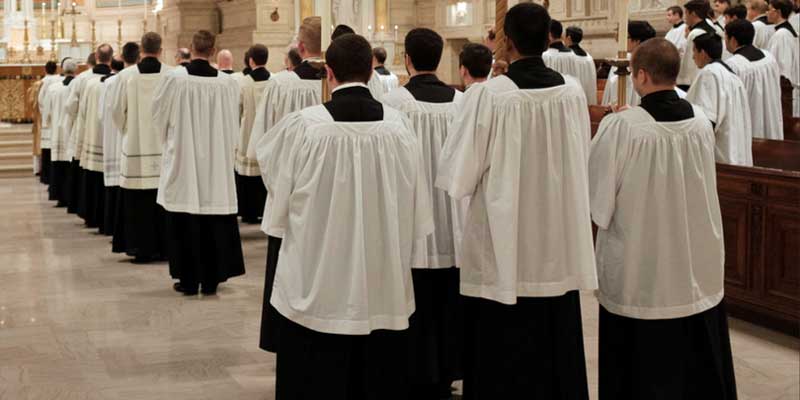 “Hide the handsome ones.” That was what was “jokingly” said when Theodore McCarrick would visit seminaries. It disgusts me that such “jokes” — which clearly portrayed a reality — did not lead to a thorough investigation of McCarrick decades ago. The likely reason they did not was that, for decades, U.S. seminaries not only tolerated but recruited and favored seminarians who have sex with males.

The McCarrick scandal revealed a fact known by few Catholic laity: Seminarians have been, and still are in some places, preyed upon by faculty, staff, fellow students and even bishops.

The Changing Face of the Priesthood by Father Donald Cozzens (2000) and Goodbye, Good Menby Michael Rose (2002 and reissued in 2015) documented well the extent of the presence of active homosexuals in seminaries among students and faculty and of the accompanying harassment of heterosexuals. A survey done by Dean Hoge at The Catholic University of America in 2002 reported:

Those comments were made by priests who went through seminaries in the ’70s, ’80s and ’90s. Pope Benedict, in his letter on the sex-abuse crisis, identified the condition of seminaries as one of the sources of the problem.