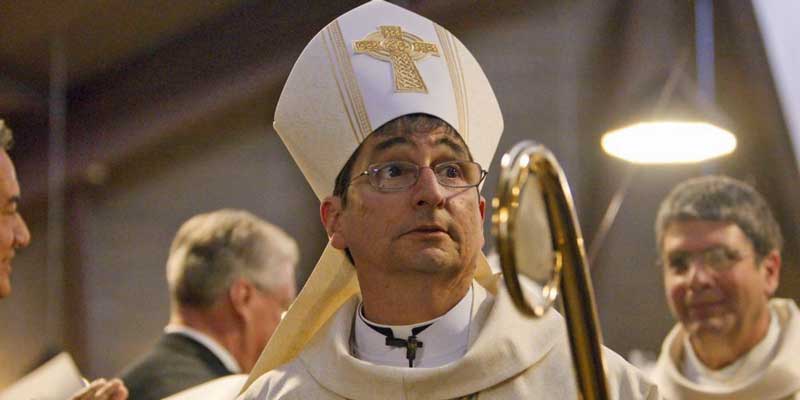 The Catholic Diocese of Yakima has created a website identifying priests and deacons with substantiated allegations of sexual abuse of a minor during their ministries in Central Washington.

Monsignor Robert Siler, chancellor with the Diocese of Yakima, announced the website in an email to media shortly before noon Wednesday.

“Bishop Joseph Tyson, after thorough consultation and upon the recommendation of the Yakima Diocese Lay Advisory Board, has established a website listing the names of priests and deacons with substantiated allegations of sexual abuse of a minor during their time of ministry within the Diocese of Yakima,” Siler said in the email.

“The decision is based on the bishop’s desire for transparency and to encourage victims of abuse to come forward,” he said.

Members of the advisory board, which investigates allegations of sexual misconduct in the Diocese of Yakima, recommended that Tyson post the names of clergy facing credible allegations of abuse, Siler said in late March.

Tyson, who had the final say, was open to it, Siler said then.

Members of the Yakima Diocese advisory board have been discussing the issue for some time. They are chair Russ Mazzola, a Yakima attorney; Jorge Torres, a psychologist; Tom Dittmar, who has a background in law enforcement; Dr. Mark Maiocco, a physician; Monsignor John Ecker, pastor at St. Paul Cathedral; and Elizabeth Torres, an environmental health-project coordinator.

The two other dioceses in Washington, Seattle and Spokane, publish names of cleric sex abusers on their websites. The Archdiocese of Seattle posted a list of 77 names of offending priests in January 2016, and several more names have since been added.

After declaring bankruptcy in 2004, the Spokane Diocese agreed to post 30 names of accused clergy as part of its bankruptcy agreement.

The Yakima Diocese list contains the names of 21 clergy.