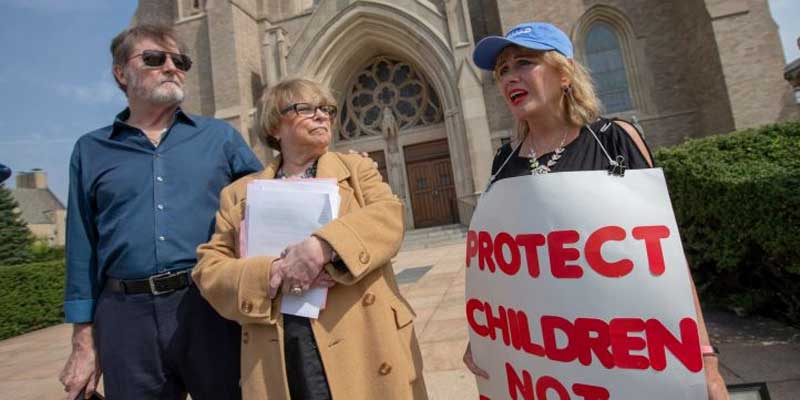 The diocese said this week that it will not release such a list now but may do so in the future.

“They are hiding something,” Janet Klinger of the advocacy group SNAP said outside the cathedral. “I think they don’t want this out. They don’t want their history to be known to the diocese. It’s an ugly history.”

SNAP, which organized the protest, called on Rockville Centre Bishop John Barres to immediately post credibly accused clerics’ names, at least those who are living “and pose threats to children right now.”

“Every day that a predator’s name is hidden, kids are at risk of horrific abuse,” the Survivors Network of those Abused by Priests said in a statement.

Diocesan spokesman Sean Dolan said Monday: “At this time, the diocese believes that while the investigations of claims and allegations are ongoing, it is premature to release a list of accused clergy,” though it remains under consideration.