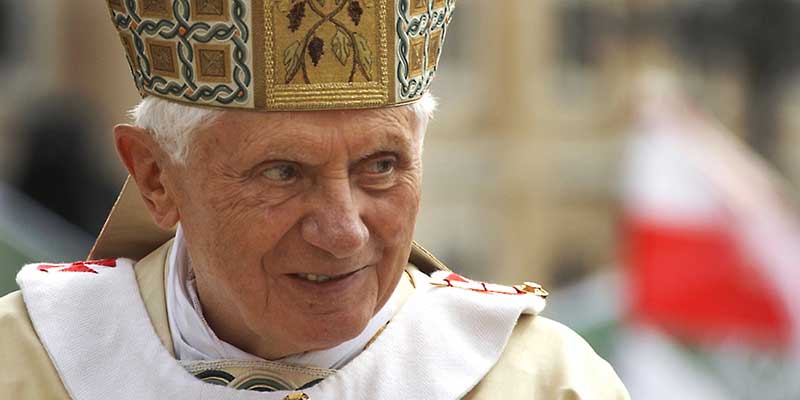 After all the studies are done, after new protocols and safeguards are in place, Benedict’s answer will be the one which endures

What is at the root of the crisis which strikes so powerfully at the credibility of the Faith? We are all waiting for an answer to this question. And then a rare letter appears on our doorstep from an elderly bishop who once sat in Peter’s chair. Somehow hidden from our view, his voice is unmistakable. It is the voice of a father. Benedict XVI has written to us about the question we are asking.

His most fundamental answer is disarmingly simple: Man has turned away from God.

Yet Benedict attends to precisely how man has turned away from God in moral, sexual, and cultural detail. He focuses mainly on the period where the abuse cases peaked, in “the 20 years from 1960 to 1980,” since it was also during that most intensive period of abuse that “the hitherto binding standards regarding sexuality collapsed entirely, and a normlessness arose.”

The cultural revolution of 1968, unlike revolutions prior to it, ushered in a new sexual permissiveness that unhinged the world. Like some post-traumatic manic break from reality, the cultural collapse dovetailed with destructive innovations in moral theology, making seminaries even more ill-prepared to meet the challenge.

Moral theologians had been on a long, exploratory mission to unsettle the place of natural and divine law, and to “update” morality in ways which were more accommodating to the revolution. Benedict admits these theologians were sophisticated in their endeavors, but the aim was simple: the innovators taught that every moral act was justified if the agent has the best intentions. It was an early version of the “love is love” argument. In Benedict’s view, the central pushback came with Veritatis Splendor in 1993, which decisively refuted this sophisticated form of situation ethics sometimes called “proportionalism.” St. John Paul II intervened by authoritatively teaching moral realism, “that there were actions which were always and under all circumstances to be classified as evil.”

In what will surely be some of the most-quoted lines of Benedict’s letter, he attends to the way this moral and sexual revolution infected the seminaries: “In various seminaries homosexual clubs were established, which acted more or less openly and significantly changed the climate in the seminaries.”